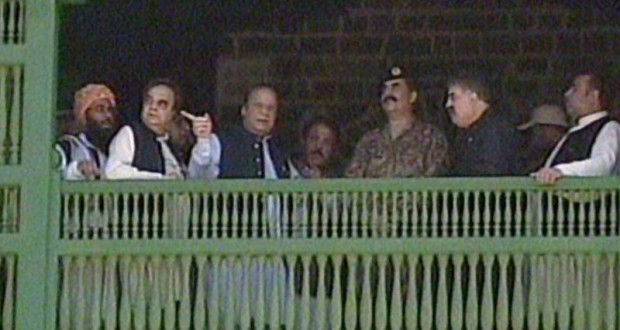 “The Azadi march is happening here in Balochistan. The civil and military leadership is together here celebrating Independence Day. What can be a bigger march than this?” said Prime Minister Nawaz Sharif.

Nawaz Sharif indirectly criticized the long marches of Pakistan Tehreek-e-Insaf (PTI) and Pakistan Awami Tehreek (PAT) on Independence Day. Nawaz Sharif was quoted as saying that “Those who are doing long marches should also focus on the establishment of peace and development in the country.”

It must be noted that Ziarat residency was completely destroyed in an overnight attack in June 2013. A proscribed organization claimed responsibility for the attack. Government of Balochistan carried out the restoration work on Ziarat Residency and according to sources 140 Million rupees were spent on it.

Published in The Balochistan Point on 14 August 2014.