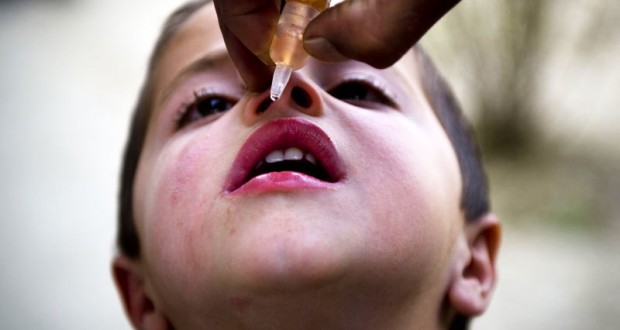 Refusal By Parents Is The Main Cause Of Polio In Balochistan

QUETTA: Refusal on the part of parents remained the underlying factor behind increasing cases of polio in Balochistan, Pakistan’s sparsely populated province. Most of the polio cases have been reported from Quetta and district Killa Abdullah that borders with Afghanistan.

Hitherto, 10 polio cases have been reported from Quetta and other parts of Balochistan, an official said.

Dr Ishaq Panezai, the Manager Extended Program on Immunisation told Dawn.com that five cases were reported from Quetta, four from district Killa Abdullah and one case was reported from district Zhob. “Refusal is the key reason behind increasing polio cases,” he added.

Balochistan remained polio free for almost more than two years. However, first case of this crippling virus was reported on July 24 this year from Maizai Addah area of Killa Abdullah.

In 2011, 22 polio cases were reported from Killa Abdullah out of total 73 from all over Balochistan, Rehmat Baloch, the provincial health minister said. “That was the worst year for Balochistan,” he added.

Balochistan Health Department, in collaboration with UNICEF and WHO, recently conducted three days anti-polio program in Quetta and other five districts of Balochistan. According to sources in health department, 850,000 children were provided anti-polio drops during the campaign.

Moreover, recent cases of polio have overshadowed claims of present government for eradicating the crippling virus. Chief Minister Balochistan Dr Abdul Malik Baloch has taken a serious notice of recent polio cases and directed the concerned quarters to double their efforts for its eradication.

However, worsening law and order problem, refusal on the part of parents coupled with lack of commitment on the part of concerned departments have made this task difficult for Dr Baloch’s government.

Republished in The Balochistan Point on November 1, 2014

2014-11-01
Editor
Previous: Pak-Iran Border Closed For Five Days Due To Ashura
Next: Winning Hearts And Minds Of Baloch Is The Only Solution: Siraj Ul Haq