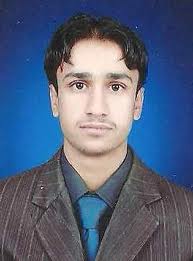 Makran, which is consisted of Panjgur, Turbat and Gwadar districts of Balochistan, is the most populous division of Balochistan as compared to other divisions along with higher level of literacy rate and awareness about day-to-day issues of the province. Interestingly, the people of the mentioned division are reputed to be prodigiously talented. Panjgur has produced plethora of award winning intellectuals, poets, bureaucrats, journalists and educationists, etc, they have richly served the province. More importantly, Dr Abdul Malik Baloch, who is currently Balochistan’s first middle class Baloch chief minister, is also hailed from Turbat district of this division.

However it is, unfortunately, distressing and sad to note that the tolerant people of this division are currently confronting a situation somewhat like ‘Sawat’ where militants would blow up the schools and would stop girls to get education. Also, the Tehreek-e-Taliban Pakistan (TTP), in Swat, would warn the girls of dire consequences who would go to their schools to get education  and they also targeted Malala Yousafzai who stood for girls’ right-to education but thankfully she narrowly survived and became not only a global celebrity but also she was nominated for Noble Peace Prize.

Similarly, Sawat’s situation is being repeated in Makran, particularly in its Panjgur district, where recently a shadowy militant group, the Tanzeem-ul-Islami-ul-Furqan , barged into English language centers and private schools. And they warned students, both girls and boys, to stop getting co-education and learning in English. The militants also vandalized the English language centers, and they threatened teachers not to teach both sexes together.

Additionally, the aforementioned shadowy group has also distributed threatening pamphlets across Panjgur to shut down all English language centers and private schools and to stop imparting co-education and teaching in English, which they say is “Haram” (prohibited) in Islam.

Despite these threats and intimidation, teachers continued teaching at their private schools and language centers. But the extremists who, after knowing about it, a morning intercepted Major (retired) Hussain Ali, who is the owner of a private school called the Oasis, when he was taking female students to school. The unknown armed men who, after intercepting the vehicle, pulled Mr. Ali and his female students out for taking them to school. Subsequently, they set the vehicle ablaze but thankfully Mr. Ali along with his female students was unhurt. After that, teachers had to close all private schools and English language centers in Panjgur in order to avoid such attacks.

Against this tragic incident and forceful closure of the private schools and language centers, rights activists, political parties, students, writers, lawyers, media representatives, Non Government Organizations (NGOs) and lawyers protested across the province.  The protesters were holding banners, inscribed with slogans: We want education. Save Education in Makran. Education is our right. Even Panjgur also witnessed demonstrations, which were held by Civil Society and students, for closing the doors of education for girls. And dishearteningly, despite demonstrations and provincial government’s frequent assurances, an another school received a threatening pamphlet to shut down the school. And these frequent threats, no doubt, explicit the provincial government’s inefficiency and ineffectiveness to deal with these extremists who are creating hurdles for students, particularly girls, to get education. That is why they are ruling the rust in Makran division.

Turbat, too, has witnessed closure of private schools and centers after receiving same kinds of threats. “Now, although many teachers of the private schools resumed taking classes, an English center, “Delta”, is still closed in Turbat after its teachers got threatened and intimidated by an extremist group, said Shaymureed Baloch, who is a resident of Turbat, further lamented: “The threats and intimidation have badly affected the education in Turbat.”

Booksellers have been threatened in Turbat and Gwadar not to sell books that are about Balochistan’s history and about progressive personalities, as students in these places read these books with deep interest. After having been threatened, booksellers, in these two districts, do not keep these kinds of books. Besides it, Gwadar already lacks educational institutions. And Mariyam Suleman Baloch, who recently wrote an article in an online newspaper, The Baloch Hal, in which she lamented that although Gwadar is country’s largest second port, it is in short of a single standardized college.

In this context, threats and lack of educational institutions have affected the education in Makran.

However, the people of Makran also fear that like Nigeria’s Boko Haram militant group, which kidnapped more than 200 school girls from their schools, the Tanzeem-ul-Islami-ul-Furqan may not harm the girls in Makran, as they don’t want to quit their education at the private schools and centers despite threats and intimidation. They are standing for their rights to get education as Malala Yousafzai stood in Sawat for girls’ rights to get education.

But what is alarming to be acquainted those students in Makran who, despite having extraordinary interest in education, are currently facing numerous hardships. Besides threats, they don’t have institutions. And if there are institutions seen are with creaking infrastructure. It is also affected by a low level nationalist insurgency, and non-Baloch teachers have already left Makran due to fear. They have either got themselves transferred to Quetta or out of the province.

The writer is a freelance journalist and researcher based in Quetta. He blogs atwww.akbarnotezai.wordpress.com and tweets as @Akbar_notezai (twitter.com/Akbar_notezai).He can be reached at akbar.notezai@gmail.com