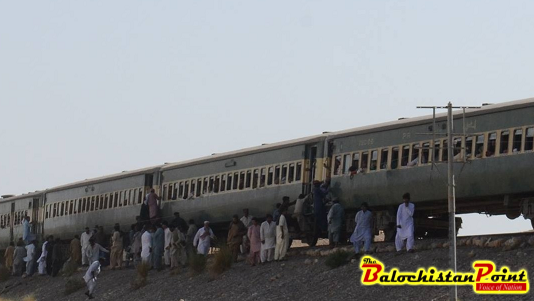 Quetta: At least 7 passengers were dead and 20 others injured when a blast ripped through the Rawalpindi bound Jaffar Express in Mach area of Bolan on Friday morning.

The train carrying 375 passengers departed from Quetta Railway station at 09:00am when after crossing Mach the explosive device planted on the railway track exploded with a huge bang.

According to Qasim Sailachi DSP Mach Bolan, “Three passengers died on the spot while four others critically injured succumbed to their injuries while on way to Hospital”

Unknown terrorists planted an explosive device beneath the track and detonated the device when the train was passing through the track.

A heavy contingent of Frontier Corps and Police with rescue workers rushed to the spot and evacuated the dead and injured to near District Run Hospital for initial treatment, later shifted to Quetta.

The track had been damaged from two separate sides due to the intensity of the blast.

Published in TheBalochistan Point on October 8, 2016