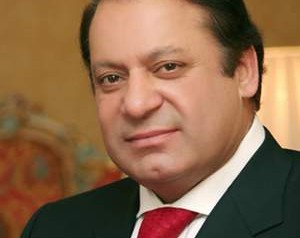 committee to facilitate negotiations between the government and the Taliban. During his visit to Quetta two days ago with the newly appointed army chief, General Raheel Sharif, the prime minister hinted at constituting a similar committee to talk to Baloch nationalists who are currently engaged in an armed struggle for a free Baloch state.

The Prime Minister’s plans are unlikely to succeed in Balochistan because there are a few fundamental differences between the Baloch nationalist movement, its origin and motivations as compared to the Taliban movement.

First of all, it is important to know that the Taliban were basically a creation of the Pakistani State whereas the Balochs have been a constant victim of the State’s brutalities and extrajudicial operations  for six decades. Prior to offering talks to the Baloch, Mr. Sharif owed an explanation to the Baloch people on two accounts: The recently found mass graves in Khuzdar and the controversial Protection of Pakistan Ordinance (P.P.O.) that legalizes, instead of criminalizing enforced disappearances.

According to the local Urdu press, at least three dead bodies from the mass graves have been identified as that of the missing persons from Awaran district. While one of them had been whisked away from Awaran’s main market in broad daylight on August 30, 2013, two brothers, Naseer and Omar, were abducted on October 4, 2013 soon after the earthquake. Again, the Pakistani security forces had been blamed as soon as these people had gone missing.

The Taliban are oppressors and human rights abusers while the Balochs are clearly victims of State brutality. Islamabad can forgive the Taliban if it wishes to do so even after their involvement in the killing of around 35,000 Pakistani citizens. However, the Baloch have not granted such amnesty, nor should they, to the government personnel involved in mass murder of noncombatants. Balochistan needs justice not mere lip service.

Unfortunately, the Prime Minister and the Army Chief even did not publicly condemn the mass graves nor did they condole with the families whose loved ones had been dumped in these mass graves. The two top officials visited Balochistan like the colonial masters without giving the slightest impression that they cared for the Baloch people. All they talked about was to broaden the network of security operations across the province. It would be an unrealistic expectation that they would promise to punish the elements responsible for the mass graves and kill and dump actions across Balochistan but such attitude at least shows their lack of sincerity with the overall issue of Balochistan.

Since coming into power, Mr. Sharif has not taken much interest in the Balochistan issue. He was forced to organize an All Parties Conference that proposed and backed peace talks with the Taliban because the Taliban have numerous supporters, lobbyists and sympathizers at almost all top political and military levels. With politicians like Imran Khan standing in support of peace talks with the Taliban, it is not surprising why Islamabad has agreed to offer unconditional talks to the Taliban. Interestingly, the State has no demands to put before the Taliban, the latter, on the other hand, are deciding all terms and conditions for talks. In one fresh statement, the Taliban spokesman said his organization would not compromise on its core demand of enforcing Islamic Sharia law in Pakistan.

While we await the commencement of talks between the government and the Baloch, we urge the Baloch nationalist leadership not to negotiate with Islamabad unless elements in the army, intelligence agencies, Frontier Corps and the death squads are brought to justice. The political and security landscape in Balochistan is not different from what it looked like during the days of General Musharraf and Asif Ali Zardari. Dr. Malik Baloch, the so-called nationalist chief minister from the middle class, has already started disappointing the people with his poor performance. Militant nationalists accuse him of being a puppet in the hands of the Pakistani intelligence; the chief minister’s close friends complain about his lack of powers while dealing with the army and the Frontier Corps; the non-Baloch citizens raise fingers at the chief minister’s abysmal performance and the worsening law and order situation while his own cabinet ministers express discontent over ‘insufficient powers’ they currently have.

The Sharif-Malik government has still not succeeded in recover hundreds of the missing Baloch political activists and citizens. The Frontier Corps has been deepening its influence across Balochistan whereas the State continues to intentionally promote radial Islamist groups like the Lashkar-e-Jhangvi to radicalize the Baloch society. The government has taken no confidence building measures to pave the way for negotiation with the Baloch armed groups. We have repeatedly said, that Islamabad had initiated the war against the Baloch and it will have to unconditionally halt all of its illegal operations before seeking dialogue. Black laws like the P.P.O. do not reflect in anyway the government’s intention to give political dialogue rather than militaristic approach a chance to succeed in Balochistan.

2014-02-01
admin
Previous: Minor Baloch walker sees hope at every step
Next: The ugly face of sectarianism in Balochistan