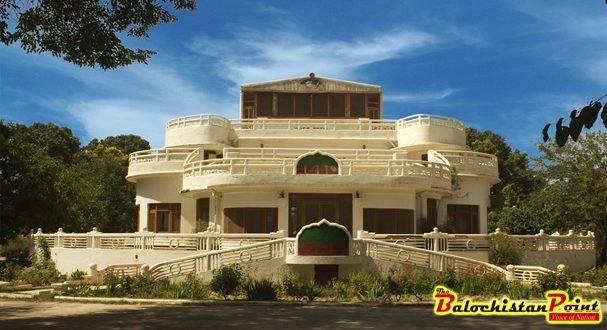 Kalat is a historical city of district Kalat. It dates back more than 2000 years. It is known as the thrown of Balochistan. It lies to the west of Provisional capital of Quetta. Fortunately, Kalat city has the privilege to hold the palace of khan of Kalat. Indeed, this is the place where the agreement to merge Balochistan with Pakistan took place by Khan of Kalat and Quaid-e-Azam.

In the past, there have been tremendous improvements in Kalat. Kalat was bestowed with some basic facilities of life after a long time struggle and protests. These provisions are Gas and 3G Network. Citizens were excited to be blessed with such provisions but unfortunately, these provisions did not last long. Soon, Kalat became deprived of Gas and later on from 3G Network. The citizens of this city started suffering who had completely changed their life style with the inception of these provisions.

Moreover, Citizens of Kalat are not only facing these limitations but also confronting poor conditions of roads and miserable market climate. Sadly, such dejected situation never got anyone’s attention, no one bothered to take notice of it. Some relevant authorities instead of making the situation better further exploited it.

First time, in the beginning, Gas pressure was normal in Kalat city. Later on, as the time passed by, after one and a half year, gas pressure became lower and lower and at last resulted with zero gas pressure which continues till today. The grace of this prerequisite has been transformed into a complete menace. Especially, for those who had completely changed their life style with the inception of Gas. That is the reason, people are psychologically disturbed and they are always waited for Gas pressure.

If Sui Southern Gas Company (SSGC) was not willing to provide sufficient Gas supply to Kalat so why did he invest millions of money by laying Gas pipe line to Kalat? Kalat is known to be the coldest place in Pakistan. Wouldn’t it be unfair by not providing adequate Gas pressure to citizens of Kalat? Against this deliberate injustice by SSGC, there had been many strikes and protests but all in vain. People were made calm down by uttering hollow promises but nothing positive never happened in this regard.

Similarly, Inception of 3G network aroused curiosity among the people of Kalat. They started communicating with modern world. Even lot of people employed online and started earning their own living. Even 3G network helped students and journalists. They were mindful about everything happening around and away from them. Journalists could report anything at any time and in anyplace. Moreover, it aided students in their studies, especially those students who were carrying their researches. Hence, it provided lot of ease to students in their studies, Google was like a teacher available to every students all the time.

In the same way, sooner or later, this necessity was also snatched from the citizens of kalat. It is interesting to note that the remote areas of kalat are provided with the 3G service but the main city is deprived of this facility! Whenever, someone asks about the unavailability of 3G service so the Pakistan Telephone Authority (PTA) claims about security concerns and other lame excuses. If there is really a security issue so why 3G service is available in Mastung and Khuzdar 24/7?

As far as peace and stability is concerned, Kalat city is more peaceful and stable compared to Mastung and Khuzdar. All their lame excuses are baseless and are not compatible with the reality. They have halted 3G service for commercial purposes. That is the reason, every day the come up with new justification.

On the other hand, Roads are the basis for the development of every rural and urban area. Roads not only provide convenience but also add charm to that particular area. But the roads can sometime become menace for the public when these are broken into pieces or having potholes. Such roads are the cause of lot of accidents and inconveniences for the travelers.

Almost all roads in the city are broken. These broken roads having potholes are causing severe damage to the running vehicles. Lack of proper attention and repairing at the time of need is also responsible for the complete destruction of these roads. The roads might be renewed in official forms but in reality these roads cast such an image that they have not been renewed for decades. The citizens are still in distressful condition despite paying a huge amount of taxes for vehicles.

Last and the least, the dismantle condition of market also needs proper surveillance. Every retailer has fixed his own price on the goods. The retailer are in the shape of robbers sitting in the shops. The goods, they sell are of poor quality. Citizens are compelled to buy counterfeit products at higher price. Hardly, one would find a genuine product but such products are very rare. Inflation is increasing day by day.

For this reason, some relevant authorities despite controlling inflation, added more fuel to the vulnerability of the citizens by closing market after Friday prayers. As Kalat market is mostly run by Non-Muslims, I would question relevant authorities, what Non-Muslims have to do with Friday and Friday prayers? Such kind of baseless system is not found anywhere in Pakistan except in Kalat. Likewise, at the time of emergency, one is unable to get medicine and utility product from market where almost all shops are closed.

By taking into account terrible vulnerability of Kalat. One questions, who is responsible for this miserable condition of Kalat? Does anyone care about it? Are the authorities, either Civil servants or Politicians claim to be well-wishers and real reformers of Kalat truly committed to Kalat? Who is responsible for pushing Kalat backward? Had it been so what they claim, the citizens would have not suffered from such adversities.

It is high time that the relevant authorities should sincerely take some measures to overcome this problem. The fundamental rights should be given back to the citizens. If so far, nothing positive happens by the authorities who are responsible for this. The citizens must file a petition in Supreme Court against the relevant authorities. Indeed, this would be last step left to get rid of this miserable situation. At the End, I humbly request Chief Minister, Jam Kamal Khan to take necessary action in this regard.

Published in The Balochistan Point on November 4, 2018