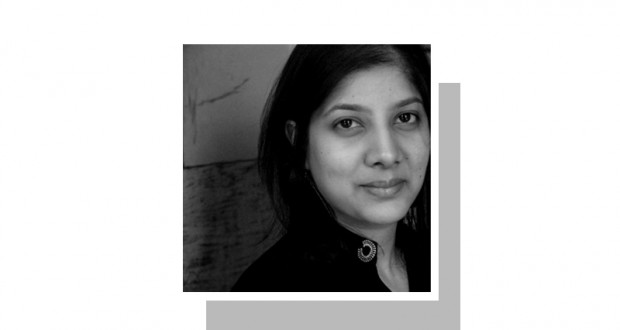 Thanks to political events, in recent months, the narrative about the media in Pakistan has come to resemble the one about politicians: corrupt, compromised and not worth championing. Too much is said about the media’s role in supporting vested interests or furthering various political agendas in exchange for bribes. Not enough is said about the good work journalists are doing to improve accountability.

The killing last week of journalists Irshad Mastoi and Ghulam Rasool Khattak of the Online International News Network in Quetta, along with their network’s accountant Muhammad Younis, should be a reminder that journalists are working enough towards increasing transparency to lose their lives for the effort.

The situation for journalists in Balochistan is particularly extreme: they are targeted from all sides — by the security forces, intelligence agencies, violent extremist organisations, separatist groups, local tribes and even political parties. More than 30 journalists have been killed for doing their job in the province in the past five years.

These killings have a chilling effect. Most journalists do little more than publish the press releases of different organisations and write about apolitical issues such as healthcare service delivery and the weather, avoiding the province’s real issues. But in Balochistan’s complex and hostile environment, even such a benign approach to the profession proves fatal as rival groups use violence as a way to ensure greater access to column inches and the airwaves.

The impact of the brutal slaughter with impunity of journalists in Balochistan — and elsewhere — is felt nationwide. Members of the media community remain cautious, and are forced to take each threat seriously, whether it is issued by a violent group or a prankster, because the potential for it to be realised is so high.

Many colleagues have confessed to taking a break from reporting or toning down their rhetoric after receiving a threat. It doesn’t help that these are more easily and callously delivered than ever before thanks to the ubiquity of social media and email. And because of this long tradition among journalists of self-censorship for the purposes of self-preservation, much remains unsaid, unexplored.

Each time a journalist is killed, the media reacts hysterically, demanding justice and protection. The Balochistan Union of Journalists (of which Mastoi was secretary-general) last week demanded that a commission investigate the two journalists’ killings and suspend police officers connected with the case. But no one actually expects anything to happen — we all know the sad truth that journalists in Pakistan can be killed with impunity.

Not a single person has been put on trial for killing a journalist in Balochistan. And nothing has come from Chief Minister Abdul Malik Baloch’s announcement in January that his government would launch a judicial inquiry into journalists’ killings in the province. The national picture is no better: hardly anyone has been convicted of killing a journalist, and the one high-level inquiry into Saleem Shahzad’s killing that did take place identified no culprits, and was widely dismissed by the media community as a cover-up.

Journalists under threat are left with little recourse. The best many can do is make the threats they receive public by sharing them with colleagues and on social media — just last week, I received such a message from a friend at a news organisation that has been targeted by the TTP. But this is not a protective measure. It is a terrifying form of fatalism, akin to saying ‘I can do little to protect myself, but in the event something happens perhaps you can help uncover who did it, and try and advocate for justice’.

The government’s repeated failure to properly investigate journalists’ killings or provide protection for media groups is not merely another example of poor governance. It is a scathing indictment of the political elite’s commitment to democracy.

There have been so many histrionics about the sanctity of democracy in recent days, and following military intervention in the Islamabad impasse, our political leaders have outdone themselves bemoaning the betrayal of the civilian consensus to uphold democracy. But the persistent issue of impunity for journalists’ killing reveals all this sound and fury as signifying nothing. Media freedom is a fundamental tenet of a functioning democracy, and those who make no effort to guarantee it should not pretend to have democratic credentials.

When the dust settles in Islamabad and the military brokers some form of political agreement — supposedly in the name of protecting democracy — perhaps the powers that emerge from the fracas can show that we didn’t listen to shrill speeches about democracy for more than a fortnight to no avail. They can start by launching an investigation into the murders of Mastoi and Khattak, and all those who have come before.

The writer is a freelance journalist.

Republished in The Balochistan Point on 1st September, 2014.

2014-09-01
Editor
Previous: Journalists protest in Karachi against murder of colleagues in Quetta
Next: Rising Poverty and unemployment in Balochistan