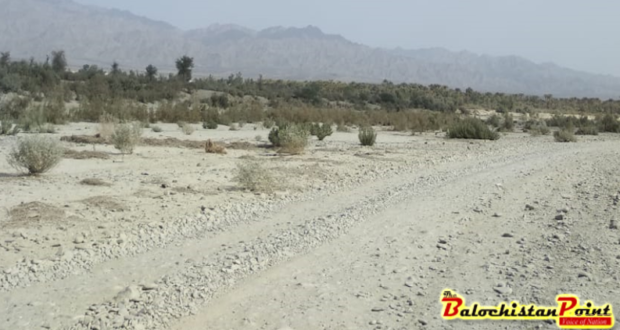 The beat-up roads of Tump

Several years ago, the Neheng Bridge collapsed due to flooding but it still remains unpaved. Despite the promises of politicians, no step has been taken towards it. Owing to the broken roads legion accidents are occurring on daily basis; however, the broken road (Zubaida Jalal Road) goes to Kolahoo, Meerabad, Nasirabad, Nizarabad, Tump, Mand and some other villages and towns of District Kech is troubling the residents. It has been causing serious problems to travelers. Although, the beat up condition of Zubaida Jalal Road is difficult to move.

Mehraj Mureed, a young resident of Mand states:”We, the people of Mand and other people of its nearby villages, are deprived of every basic facility as these roads have been broken for a long time yet they are not repaired. Even though, the down-at-the-heel roads are the main reasons for creating a lot of pros-and-cons to the people, for in the time of emergency many solemn patients lose their precious lives before they reach in Turbat City as the nearby villages lack healthcare facilities.”

Although, the distance between Turbat and Mand is 115 km or 71.5 miles as it takes 2 hours, 18 minutes to travel from Turbat to Mand, but owing to herky-jerky roads it takes almost more than 3 hours to reach. Besides this, the people of Tehsil Tump have been confronting multifold problems and one of them is broken roads.

More importantly, the Kech Bridge is the part of CPEC Road which has caused many accidents, although recently it was constructed, however, due to corruption or other problems, it was not built properly as it is still under-construction; it is broken after the construction!

Danish, a resident of Kolahoo stated: “There are no proper ways for vehicles to travel as well for the pedestrians. Unavoidably, the residents suffer from pros-and-cons pertaining to trade, transportation and people face a bundle of problems in case of emergency to travel to Turbat city to get proper treatment.”

Howbeit, Neheng Bridge was built in 1990 and washed away in floods in 2007 and it is in the same condition and caused many catastrophic accidents as many vehicles have slipped into river. In a nutshell, with the availability of allocation of huge funds, the construction began about 5 or 4 years ago but it’s still incomplete.

Provoking one to question why are the citizens of Tehsil Tump are deprived of ground-laying rights? Will they get their most foundation facilities! Although, when the road project is completed then the journey of 3 hours might be covered within 2 hours surely. But the construction of these roads is baffling.

The writer is a regular contributor to Balochistan Point. He can be reached at munaj1gul@gmail.com

Published in The Balochistan Point on January 24, 2019

2019-01-24
admin
Previous: BUETK to new heights
Next: Balochistan and Politics