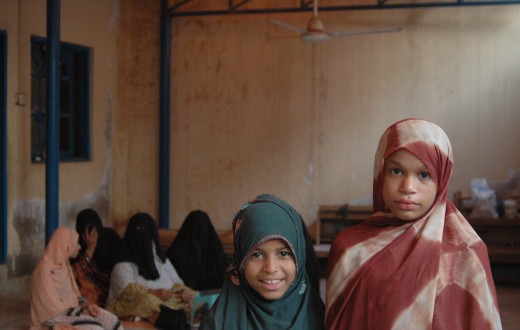 “The innocent victims of Lyari”

criminals patrol the streets in plain view, using their weapons with complete impunity.  On Friday night alone there were at least 18 explosions, which I heard. Armed men took positions on rooftops and street corners. This is not Syria or the Gaza Strip.  This is Lyari, one of Karachi’s oldest neighbourhoods, a place where the exchange of gunfire and the tossing of hand grenades have become the stuff of everyday life.

This time the battlefield is Kalari, an area that is home to around 15,000 to 20,000 families. Kalari shares borders with Baloch and Kachhi neighbourhoods and the populations have lived peacefully side by side for decades.

For eight days straight criminals with sophisticated weapons and rocket-propelled grenades have been roaming the area. With food supplies dwindling, many families have migrated to other parts of Lyari and Interior Sindh. Others are marooned and praying for a miracle, having lost all hope of intervention on their behalf from law enforcement or political leaders.

“My husband has risked his life several times over the past eight days just to bring us food,” says Saira Bibi, 42, who, along with her five children migrated from Kalari to Kalakot. “Our lives are in danger.  We never know if we’re going to live to see another day,” she continues in a tone of desperation. Her son Mohammad Suban is traumatized and has not been able to go school for a week. “I hear bomb explosions and firing every day,” he says innocently.

Saira says the people of her area have been left to the mercy of God, since police and other law enforcement agencies have turned a blind eye to the serious law and order problem. When I visited the area on Friday, roads and streets wore a deserted look and there was no visible police presence.

KARACHI: Hundreds of families migrated from Kalari to different places of city and country because of deteriorating law and order situation. They demanded peace. The family also complains about frequent power outages in everyday. (Photo Credit Shezad Baloch)

All the people of Lyari want is peace.  It is the responsibility of the government to restore peace and the writ of law.  Laying the blame for the worsening situation at the feet of a few gangsters and criminals does not excuse the government from its responsibility to protect the lives and property of its people.  Law enforcement agents should do their job and fulfill their constitutional obligation instead of supporting criminal gangs operating as so-called representatives of various political parties and ethnic groups.  Everyone in Lyari knows who the backs the Kutchi Rabta Committee and who favours other gangsters. Clearly these miscreants enjoy strong support. That is why they have able to become powerful, not only in Lyari, but in other parts of Karachi.

This open support of criminals has caused the population to lose all confidence in its government and law enforcement agencies. A massive operation is desperately needed to restore peace, not only in Lyari but also in other “no go” areas of Karachi.  People of all ethnic groups are simply fed up with this brutality.

Republished in The Balochistan Point on July 7,2013