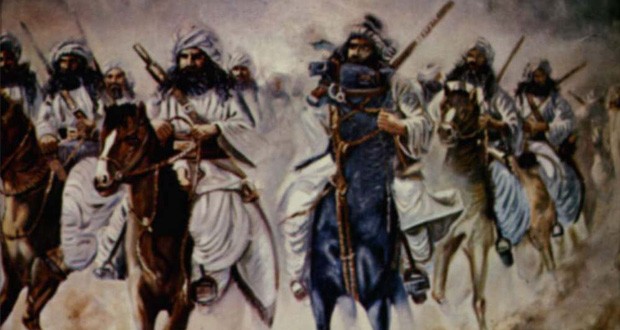 Last Sunday, an article published in The News on Sunday, titled , was a rant about lack of autonomy of Pakhtuns of Balochistan. The author of that article has given an impression, between the lines, that Baloch are responsible for the current plight of the Pakthuns of Balochistan. Historical facts have been twisted by the author to prove his point, which need to be corrected.

The author states in the article, “Before the British occupation, the name of Balochistan never existed in history to represent a geo-physical entity.” A study of history tells us that first Baloch confederacy was formed under the leadership of Mir Jalal in 12th century. In 1666, Khanate of Balochistan came into existence which was later renamed Khanate of Kalat due to its capital city Kalat. Inayatullah Baloch, in his book “The Problem of Greater Baluchistan,” writes that at its zenith, Khanate of Balochistan stretched from Kerman in Modern day Iran to Indus River in Pakistan.

Similarly, the author has made another absurd claim about Quetta by maintaining that British handed over Quetta to Khan of Kalat in 1841, in the aftermath of first Anglo-Afghan war. This claim has no basis in history and it is an unsubstantiated claim. Quetta was known as Shaal and it was a part of Khanate of Kalat during the reign of Nasir Khan-I and this is well documented in history books.

Furthermore, the said article makes the factually inaccurate claim that Quetta division during One-Unit had a Pakthun majority population. However, the results of 1962 and 1966 general elections for National Assembly of Pakistan, held through basic democrats system, contradict this claim. In 1962 elections, Nawab Khair Bakhsh Marri was elected Member of National Assembly (MNA) from Quetta division. In 1966, there were two electoral constituencies for Quetta division and both were won by Baloch candidates namely; Mir Darya Khan Khoso and Mir Nabi Bakhsh Zehri. So if Quetta division had Pakthun majority then Baloch politicians would have never won from there.

The current arrangement of Balochistan is something that Baloch leaders didn’t want either. President Yahya Khan decided to amalgamate Pakthun belt of British-Balochistan with Kalat state to form Balochistan province. Baloch leaders under the leadership of Khan of Kalat requested Yahya Khan to not include Pakthun areas in Balochistan. Yahya Khan, however, rejected their plea and proceeded with his scheme of provinces. So, it has never been the desire of Baloch to have a province with Pakthun districts in the north. That is the reason that today no Baloch nationalist opposes the demand of a separate province for Pakthuns of Balochistan.

Redrawing the borders of Balochistan can be carried out by either establishing a separate province for Pakthuns in Balochistan or amalgamating it with Khyber Pakhtunkhwa (KP). A separate province is economically not viable due to its size and small population. Amalgamation with KP poses political and geographic challenges.

It should also not be forgotten that all the major natural resources of the Balochistan are situated in Baloch areas. Sui gas fields, Rekodiq goldmines, Saindak copper-gold mines and coastal belt, all of these are situated in Baloch areas. It is due to the natural resources of Baloch belt that share of Balochistan in National Finance commission (NFC) has increased and Pakthun belt is also benefitting from it.

Presently, Pakthuns have politically and economically greater control on Balochistan as compared to their population. It is true that, except one, all chief ministers of Balochistan have been Baloch. However, it is also true that all Baloch CMs have always required the support of their Pakthun coalition partners. Even today the Balochistan government is equally shared by Baloch and Pakthun nationalists. Therefore, claiming that Pakthuns are not getting their due share in provincial setup is nothing but an incorrect line of argument which is also pursued by a major political party of Balochistan.

Balochistan at the moment is facing many challenges in shape of lack of provincial autonomy and control on the natural resources of the province. The unity of Baloch and Pakthuns of Balochistan is the need of the hour in order to bargain effectively with Islamabad. Blaming the Baloch will do no good to either Baloch or Pakthun cause.

Author is the editor of The Balochistan Point

Republished in The Balochistan Point on February 2, 2015