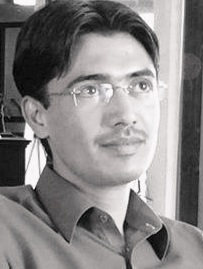 During his recent visit to the provincial capital following a deadly attack on the Balochistan Police, Interior Minister Chaudhry Nisar Ali referred to some Unseen Enemy infesting the beleaguered province and engulfing mass lives. It was notwithstanding the claim of the responsibility of attack by a very seen and known, to put it in minister’s words, ‘enemy’.

He also hinted at a national security policy in the pipeline to deal with the enemy, which not only had different forms in all four provinces but was also different physically. As a matter of fact, the elements creating law and order issues in Balochistan are as much known here as anywhere in the country. In fact, many of them had remained the darling of the establishment in the yesteryears and have been provided training and sanctuaries against the Big Enemy: India, USSR and now USA with latter’s case covertly as still the love-affair has not diminished verbally. This clearly indicates that the current issues of law and order in the country are not local by any means.  Apart from indigenous Baloch insurgency,  which also seeks support from outside world, and have links with the regional and international changing political dynamics.

The causalities in a deadly civil war in Syria have surpassed 100,0000 lives which is solely a game for supremacy in the affairs of the Middle East by Iran and Saudi Arabia. Asad’s regime has only sustained itself on account of Russian and Iranian support and supply of arms so far. Moreover, Russia has blocked three UN resolutions criticizing Asad’s regime for its crackdown on rebels. But, ironically Saudi Arabia has moved to offer Russia incentives, including a large arms deal and not to challenge its gas supply to Europe if it suspends its support for Asad’s regime. This is a clear indication that how the regional powers play a role in sabotaging the peace of their neigbouring countries for their ideological and economic interests.

Of late, Saudi Arabia has also announced to send Imams from Madina and Makah to Pakistan and its purpose was cleared by the Minister for Religious Affairs and Interfaith Harmony Sardar Muhammad Yousaf to promote ties between the two countries. However, he didn’t explain how would the Imams promote ties between two ‘all weather friends’ and what would they be doing in Pakistan. One thing that comes into mind is promoting and paving ways for ideological supremacy of Saudi Arabia in Pakistan and minimizing the influence of Iran. On the other hand, the fate of the Iran Pakistan Gas Pipeline (IPI) still hangs in balance for fear of the US sanctions that Minister of State John Kerry reportedly carried to Pakistani high-ups. All the legal pleas are seemed to be set aside which are based on the Iran’s gas supply to Turky and Armenia.

In addition, the end-game in Afghanistan and the post-2014 regime has parched the lips of all and all powers are trying their best to secure a more friendly regime in Afghanistan. A Taliban led government would definitely be cordial to Pakistan, Saudia Arabia and UAE but detrimental to the interests of USA, Iran, India and Russia. On the other hand, a Pushtun nationalist government would be seen as detrimental to the former on account of contentious issues of Durand Line, greater Pushtunistan and Possible Indian influence in Afghanistan and Balochistan.

Given all these hostile and antithetical interests, it is an attempt to create more confusion to call deterioration of law and order an upshot of the acts of Unseen Enemy. The sectarian issues in Balochistan have a direct link to Saudia Arabia and Iran tensions in the region. They also serve a purpose of dimming the Baloch national movement in the international radar for greater autonomy in federation. The Taliban related incidents again link to supremacy in Afghanistan. Moreover, the Baloch insurgency is also a card to be considered by US as a part of AfPak policy and the recent hearings and bills in the Congress prove the fact. Therefore, the ‘unseen enemy’ in the truest sense of the word is our ignorance and lack of understanding our security issues.

If really tranquility, prosperity and well being of the citizens of Pakistan is desired, magnanimous reforms across the board would gradually bring the things to normalcy.

To begin with, complete provincial autonomy to the provinces and empowering them over their own resources, regardless of the fact under the land or on the land resources, Introduction of mass educational reforms across the country and establishment of more and more schools, colleges and universities in tribal areas, FATA, Balochistan and other parts of the country. Enormous cut in the defense budget and diverting all the funds to education since security doesn’t lie solely in buying more arms and ammunitions. To put it in the Stephen P.Cohen words, the disillusionment should be averted that Pakistan is a successful technologically advanced country after acquiring nuclear weapons. It is rather a success of espionage and theft of the parts from other countries. Therefore, technological education compounded with the promotion of social sciences should be promoted.

Moreover, modernizing and equipping police with best human capacity building trainings, introduction of e-administration, introduction of intelligence and swift justice would diminish the role of untrained paramilitary forces and the cases of hurting honourable citizens’s self-esteem which Interior Minister seemed concerned with. In fact, modernizing and training police is also felt by the Army Chief who has offered sub-machine guns (SMGs) and capacity building trainings to the Police. Further, end to extra-judicial arrests, killings whatever the allegations may be, would be another step in the right direction.

Pointedly, recognition of regional cultures and languages as national and making sure free, fair and transparent elections would enhance trust of people in federalism. Finally, buying more guns and killing more people would not diminish an enemy  otherwise a seen enemy’s savagery. Drastic reforms on political, social, cultural and religious grounds on war-footings would make country secure and create a sense of ownership in all and sundry when the state would not only own every citizen but would educate, rear and nourish him.

Published in The Balochistan Point on August 14, 2013