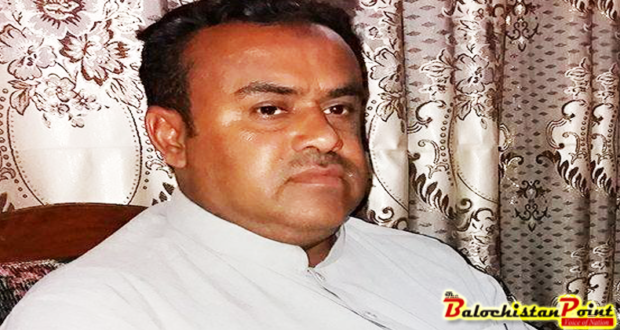 The unsung hero of PPHI

They are not celebrities and you will not see them presiding over the conferences. However, they give of themselves for the greater good. They act nobly; their lives inspire a number of people around us and yet, we forget to acknowledge their sacrifices. They receive no parades or holidays. They largely go unnoticed, and this is unfortunate, if not a crime.

PPHI – Balochistan is full of such stories where people with their utmost abilities perform as much to inspire the people around themselves with their knowledge and profession. One instance, is Dr. Asif Hussain (Medical Officer) working in PPHI Kalat, who has proved to be a savior and a blessing for the underprivileged district of Shaheed Sikanderabad Balochistan- where there is a scarcity of basic health facilities.

Dr. Asif Hussain is a permanent resident of Qambar ShahdadKot, Sindh Pakistan. He is currently residing in District Shaheed Sikanderabad, Balochistan since 2001. He has completed his M.B.B.S from the University of Sindh Jamshoro. He was recruited in PPHI – Kalat as a medical officer on contract basis in 2009.

Despite performing well at BHU – Lakhoriyan, due to the shortage/ non-availability of the Medical Officers in the Districts of Kalat and Shaheed Sikanderabad, He has been given the responsibility of 02 more BHUs i.e. Mal shaorai & Siakumb on cluster basis. Moreover, since his takeover as a Medical Officer of the said BHUs, the performance indicators have drastically increased as compared to the other BHUs under PPHI – Kalat management. Apart from the people of the catchment population, People from the far flung areas of adjacent districts near to these BHUs also visits the health facilities during the days of his presence thereon.

Moreover, the DSU staff including DSM, M&E Officer, and Social Organizers have never seen him absent during his duty days of their scheduled or surprise visits to the health facilities. He has remained the bright and most punctual incumbent which the PPHI-Kalat has ever witnessed. The record keeping, staff and Assets management have remained his priorities. Due to these traits, he has always proved to be the best amongst all the district staff. His leadership skills have helped his subordinates in learning and enhancing their capabilities in their respective areas whether it is curative care, family planning or routine immunization.

A glaring example of Dr. Asif Hussain’s leadership abilities is of the performance of Mr. Abdul Razzaq (Vaccinator) BHU-Siakumb Shaheed Sikanderabad who has topped the district in immunization activities including immunization, record keeping and effective cold chain management. So all these efforts in enhancing the basic health structure of the district has always made him find his name on the top of any activity instigating in the district either by the PPHI, EPI-Shaheed Sikanderabad or Health Department.

All the said BHUs-being more than 50KMs away from the Shaheed Sikanderabad Surab City have never lowered his enthusiasm or energy level to be reluctant regarding his responsibilities rather his commitment and dedication to the poor masses have always encouraged him to do more than he is already up to. Contrary to all that, the district Kalat and Shaheed Sikanderabad needs more people like Dr. Asif Hussain to deliver with such devotion and dedication for the promotion & betterment of basic health services throughout the districts in general & province in particular.

Published in The Balochistan Point on February 03, 2019