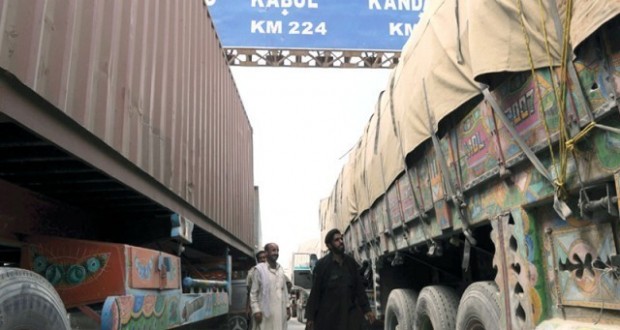 US withdrawal from Afghanistan and its implications on Pakistan

Generally Pakistan and Afghanistan are considered inseparable states due to their historical, religious, cultural, linguistic, trade and ethnic linkages. The relation is so deep that once Ahmed karzai, president of Afghanistan, professed in his visit to India that Pakistan and Afghanistan were “identical twins”. However, the modern bilateral relationships face great turbulence because of rising influence of India in Afghanistan, post 9/11, the 1980 Soviet war, great Pashtoonistan and issue related with Durand line.

History reveals that situations in Afghanistan have always affected Pakistan. The US withdrawal from Afghanistan in 2014 brings many challenges to Pakistan.

The four main players of Afghan crisis namely United States of America, Afghan government (dominated by Northern Alliance) Tehreek-e-Taliban Afghanistan (TTA) and Pakistan. All want a peaceful settlement but everyone is perpetuating their own interests.

Afghan Government does not want an abrupt US withdrawal because Afghan government, its leaders and supporters, do not want to lose the investments in another war with Taliban. US is still confused in weighing different opinions. Presently it seems from the security agreement with Kabul that US is going to cut a deal with Aghan government on the pattern of South Korea and Japan which will allow 20000 to 30000 troops who can be involved in counter terrorist operations and will be giving stability to Afghan government but they are not settling on the issue of law that y which law the US troops shall be trialed in Afghanistan if found in offensive activities. US says that the troops in Afghanistan shall be treated in accordance with Us law while Karzai insists that they operate on Afghan soil so they ought to be trialed according to Afghan law because of this Karzai is defiant of signing the pact before 2014 presidential election. Afghan government is also reluctant to the US troop’s presence in Afghanistan because Taliban have set the withdrawal of foreign troops as precondition for any peace negotiation.

Pakistan is still persuading wait and see policy. Pakistan considers itself indispensable in resolving Afghan crisis. Pakistan fears the robust influence of India in Afghanistan after the evacuation of US. It is pertinent to mention here that America wants India as counter power to Chine. The transportation and infrastructural investment by India in Afghanistan will enable her to get economic benefits from land locked  central Asian Republics(CARs) and perpetuate American and her own interests to lessen the Chinese influence which will indeed pose a great threat to Pakistan’s interests and may cause severe turbulence in the region after Us withdrawal.

After the Us withdrawal from Afhganistan the major challenge to Pakistan is from the militant groups related to Tehreek-e-Taliban Pakistan (TTP) and centrifugal tendencies in Balochistan.

TTP has no single leadership; it is divided in splinter groups which rarely coordinate terror attacked in Pakistan. Mahsud group whose leader, Hakeemyllah Mahsud, was killed in a recent drone attack in North Waziristan, after his death Fazalullah of Sawat( Mullah radio) was selected as the TTP leader, have  difference with Moulla Nazir group and similarly Hafiz Gull Bahar has reservations with Mahsud group( now headed by Fazallullah) furthermore, there are many other independent groups operating against Pakistan . Infect the absence of single of TTP is a matter of great concern for the authorities in Islamabad who have to interact separately to every group which makes things more complex and complicated. These all strongly indicate a negative impact on the security, law and order situations in Pakistan particularly in FATA.

Pakistan claims that the Fazalullah and Fakir Muhammad are supported by Raw of India and NDS of Afghanistan. These groups freely use Afghanistan against the interests of Pakistan.

Simultaneously Islamabad has to deal with Baloch separatists. Pakistan many times professed that the Baloch separatists are supported by India using the Afghan soil, they are given training and refuge in Afghanistan and India. After the US withdrawal India may not be able to assist Baloch separatist in the way which she is doing now because India has to close its many constellates in Afghanistan. It is predicted that the separatists will die a natural death because it will be quite difficult for them to get maintained in Balochistan.

Pakistan needs to have a readjustment in foreign policy to Russia and Northern Alliance. It is the very time to bridge the trust deficit and pervious misunderstandings. Pakistan also needs to soften her stance over the Pashtun share in Afghanistan to dilute the apprehensions of Northern Alliance( Tajicks and Uzbaks) that they think Pakistan wants to impose Pashtun over them.

Pakistan can mainstream non states actors(NSAs) in FATA and other areas by using a clear cut reintegration policy. Two factors can play a vital role. Firstly, after the UA withdrawal the pretext on which TTP ha its recruits will lose justification that foreign forces have invaded Afghanistan and it is mandatory to wage Jehad. Secondly, the religious parties can be of due significance to bring TTP in political process. In this regard the extension of political parties act in FATA has been a positive move.

Islamabad needs to initiate developments and dialogue process in Balochistan and necessary administrative and constitutional reforms in Balochistan to finish the apprehensions of the Baloch nationalists,

Finally US withdrawal from Afghanistan in 2014 seems unrealistic but if it happens so then Pakistan can convert challenges to opportunities with a better approach.

Published in The Balochistan Point on January 4, 2014