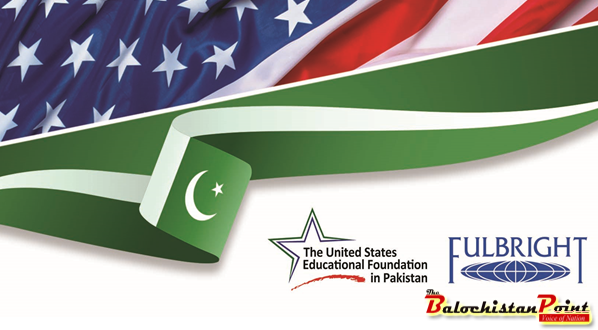 ISLAMABAD:The United States Educational Foundation in Pakistan (USEFP) invites Pakistani students to apply for the prestigious 2019 Fulbright Student (Master’s and PhD) and Fulbright-Higher Education Commission (HEC) PhD Program, which fully funds Master’s or PhD study at top universities in the United States. The application form is available online at www.usefpakistan.org, and the application deadline is May 16, 2018. Women, people with disabilities, and students from rural and underrepresented areas are highly encouraged to apply. All disciplines are eligible except clinical medicine. Applicants studying energy, water, health, education, and agricultural disciplines are strongly encouraged to apply.

“The American government believes in the power of education, and we’re investing accordingly.  The Fulbright Program in Pakistan is one of the largest in the world, and we’re pleased that the Government of Pakistan provides strong support for this academic program alongside us. Fulbright is the flagship educational exchange program for America, and it sets the bar for exchange programs worldwide,” said Kathryn Crockart, Minister Counselor for Public Affairs at the American Embassy. “If selected, you will be a cultural ambassador, allowing Americans the unique opportunity to learn more about Pakistan. You will also have the opportunity to learn wonderful things about America and the American people that you might not have expected.”

Since 2005, 2,028 Pakistanis have received Fulbright awards for graduate degrees. In fall 2018, approximately 170 Pakistani students will depart for the United States to participate in this program. The Fulbright Program in Pakistan is the largest in the world in terms of the U.S. Government’s financial contribution and covers travel, living stipends, health insurance, and tuition for the entire period of study.

“The United States Educational Foundation in Pakistan (USEFP) has managed the Fulbright Program here since 1950. We are so pleased to be able to offer so many fully-funded Fulbright Scholarships in Pakistan and I would like every eligible person to consider applying. Higher education in the United States is unmatched anywhere in the world, and many people who would not otherwise have dreamed that they could study there are now able to do so, thanks to this program. The program is merit-based, but merit is measured in terms of potential rather than just grades or test scores. Successful applicants come from all parts of Pakistan and from public as well as private universities,” said USEFP Executive Director Rita Akhtar.

USEFP, a bi-national commission established in 1950 by the governments of Pakistan and the United States, is one of 49 Fulbright Commissions throughout the world. Since its inception, nearly 7,000 Pakistanis and more than 900 Americans have participated in USEFP-managed exchange programs.  Its mission is to promote mutual understanding between the people of Pakistan and the United States through educational and cultural exchange programs. In addition to the Fulbright program, USEFP manages a number of scholarship programs for undergraduates, teachers, journalists, and other professionals.

The Fulbright-HEC PhD program is made possible through financial support from the Higher Education Commission.  Demonstrating their commitment to higher education and the U.S.-Pakistan Knowledge Corridor, the Government of Pakistan has agreed to provide more than $5 million USD each year for five years, which will support up to 125 PhD students. (Press Release)

Published in The Baluchistan Point on February 8, 2018