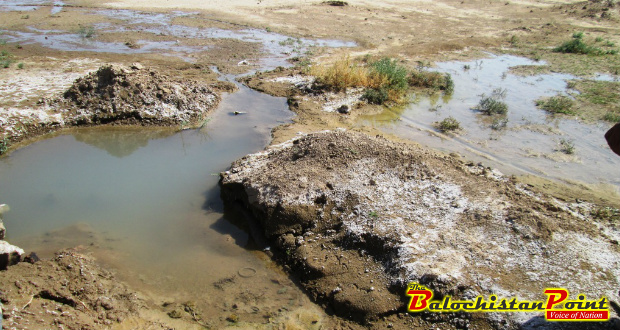 Pakistan is in the top ten countries that are facing water crisis. The most serious crisis of the country has hit Balochistan where waater shortage is catastrophic. A province that is situated in an arid zone where due to low rainfall, people are compelled to either migrate or to rely on any available source of water whether unsafe.

Because of the government’s faulty planning, the poor people are compelled to drink the water that is impure. In today’s twenty-first century, in many parts of the province women and children walk ten to eleven kilometers on average carrying buckets on their heads in search for water.

The only source of water for the poor people of Balochistan is rainfall. Due to enough Dams, when it rains people store water in open areas which is harmful to both; human and animals’ health. According to the people of these areas, day by day different type of diseases prevail in these areas.

Not only the far and flung areas but the provincial capital of Quetta is too now facing a high water deficit, Tank’s water is much expensive that the poor people cannot afford but have no any other way.

On the other hand agriculture sector has badly been affected. And therefore, many farmers do not any work anymore, thus this is increasing the level of poverty and joblessness amongst this group of population. District Khuzdar and Gwadar have not been behind in terms of facing water crisis and unavailability of safe drinking water.

Ankara dam located in the suburbs of Gwadar, has far lost much its capacity to store enough water for the increasing population. Gwadar has been in the grip of water crisis over the last several years. Being neglect by the provincial government, residents of Gwadar are also compelled to collect water from distant areas of the district. Gwadar’s residents complain that many people have left the port city because of the water.

Published in The Balochistan Point on October 6, 2017