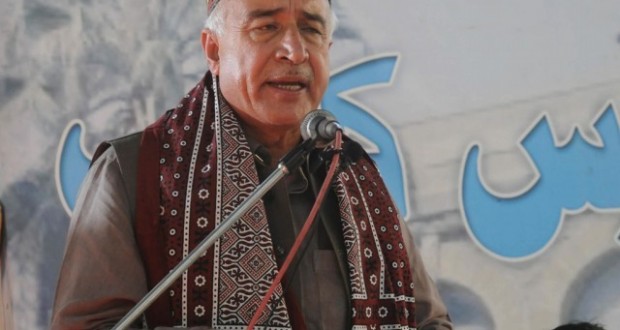 We are striving to find out a constitutional solution to the Balochistan situation, says Dr Malik Baloch

KARACHI: Dr Abdul Malik Baloch said on Sunday, “We are striving to find out a constitutional solution to the Balochistan situation.

The Chief Minister of Balochistan  said that overall law and order situation in Balochistan has improved.
Baloch said that with regard to the issues in the province, the government and all the coalition partners are on the same page.

“We are striving to find out a constitutional solution to the Balochistan situation,” he said. Addressing the programme of the Karachi Press Club (KPC), he said there are problems in some areas of Balochistan, however it is incorrect to say that the whole province is disturbed.

Dr Baloch said that the Frontier Constabulary (FC) has a role in controlling law and order in Balochistan and it is called whenever it is needed to coordinate with other law enforcement agencies.

He told a questioner that he has no contact with Brahamdagh Bugti but he wishes to contact him as soon as possible.

“I will soon announce formation of a commission to probe the reported murders of journalists in Balochistan because journalist community is facing problems in some areas of Balochistan.” Dr told

Published in The Balochistan Point on October 27, 2013