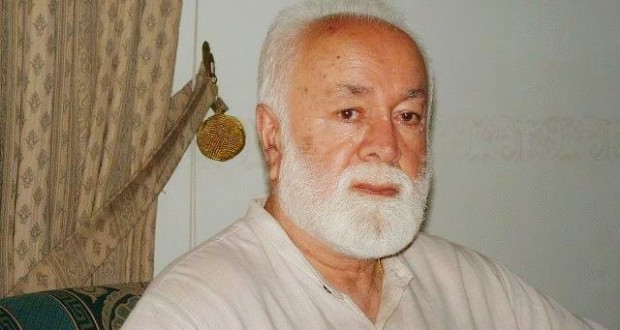 What Marri stood for

As someone who was uncompromising in his views and steadfast in his outlook, Nawab Khair Bakhsh Marri would not have liked a state-owned plane sent by Prime Minister Nawaz Sharif to fly his body from Karachi to Quetta for burial.

Also, he may not have wanted to be buried in New Kahan, the settlement for the displaced Marris on the outskirts of Quetta so close to the seat of power. Instead, he would have preferred his burial place to be in his native Kahan in Balochistan’s remote Kohlu district.

Ironically, Maulana Ramzan Mengal, the Balochistan head of the Jamaat Ahle Sunnat wal Jamaat which is a divisive Sunni organisation, led his funeral prayers at the spacious Railway Hockey Stadium in Quetta. It is unlikely that the secular Khair Bakhsh Marri, who espoused leftist political views wrapped up in Baloch nationalism, would have approved this.

But the dead cannot decide what happens after death.

One of his sons, Nawabzada Changez Marri, insisted on burying him in old Kahan, but he was outvoted by majority of family members and Marri elders who wanted their nawab to be buried in New Kahan. Even otherwise, Changez Marri couldn’t have his way as his father didn’t approve of his political choices. Changez Marri is the odd man out in the family, a vice-president in Prime Minister Nawaz Sharif’s ruling PML-N and a provincial minister unlike his other brothers who are opposed to not only the present government but also the state of Pakistan and are fighting for Balochistan’s independence.

Such acute differences also triggered a tussle for inheriting Khair Bakhsh Marri’s tribal legacy as Changez Marri and a self-exiled younger brother, Mehran Marri, have both been installed as the next nawab of the Marri tribe. A third brother, Hyrbyar Marri, who is now heading the armed struggle in Balochistan from faraway London, opposed both and questioned the need for appointing a new nawab by arguing that all the Baloch were the heirs of Khair Bakhsh Marri. Changez Marri as the eldest son may seem within his right to inherit Khair Bakhsh Marri’s tribal legacy, but due to his pro-Pakistan politics he cannot be the inheritor of his father’s political legacy.

In political terms, New Kahan due to its proximity to Quetta and as a new habitation of the Marri tribe is a better and central location because the nationalist Baloch would want to turn Khair Bakhsh Marri’s grave into a shrine and an abiding symbol of Baloch struggle for their rights.

Khair Bakhsh Marri died at the age of 86 on June 10 at a private hospital in Karachi, a city that has given refuge and livelihood to generations of the Baloch people. In fact, Karachi was his second home and the cosmopolitan city often described as mini-Pakistan afforded him an opportunity to remain relevant to the happenings around him. The powers that be left Khair Bakhsh Marri unharmed even though he publicly endorsed the armed struggle of the Balochistan Liberation Army (BLA) for an independent Balochistan.

It was also prudent on the part of the security personnel and the police not to intervene at his funeral in Quetta when the emotionally charged members of the Baloch Students Organisation (Azad) raised slogans in support of Balochistan’s independence and some fired in the air to pay tributes to Khair Bakhsh Marri. It was a wise move as any intervention would have sparked violence. It is always helpful to let people express their pent-up feelings instead of suppressing them.

One of the four top Baloch tribal leaders who often defied Pakistan’s ruling elite and were portrayed as troublemakers in Balochistan, Khair Bakhsh Marri alone is credited with never compromising on his principles and forever speaking his mind with regard to Baloch rights even if it meant offering sacrifices for Balochistan’s independence. Three of them are now dead and their place has been taken by their sons.

The late Ghous Bakhsh Bizenjo was the most accommodating among them and was even derisively called “Baba-i-Muzakirat” as he never lost faith in negotiations to peacefully resolve political issues. His son Hasil Bizenjo and protégé Dr Abdul Malik Baloch, presently chief minister of Balochistan, are now ruling the province as stalwarts of the pro-Pakistan Baloch political forces.

Nawab Akbar Bugti often made compromises in politics to come into power much to the dismay of the three other dissenting Baloch politicians, but he made amends and restored his image in the eyes of his Baloch people towards the end of his life by challenging the Pakistani establishment and offering the supreme sacrifice of his life on August 26, 2006 in a military action targetting his hideout in a cave.

Among the four, Sardar Attaullah Mengal is still alive, also living in Karachi and occasionally voicing his strong views about the forced disappearances and elimination of Baloch activists in Balochistan. However, his son Sardar Akhtar Jan Mengal and his party, BNP (Mengal) despite criticism by the Baloch separatists have continued to work within the federation of Pakistan by contesting elections and sitting in the assemblies. Both father and son have served as chief ministers of Balochistan at different points in time and it is in Pakistan’s interest to bring them back into the political mainstream instead of alienating them.

Khair Bakhsh Marri had gradually moved from a believer in a federal Pakistan that granted his Baloch people maximum autonomy and control over their resources to independence for Balochistan. It was strange for a hereditary nawab to espouse leftist ideology and idealistically talk of freedom. He was twice elected to the National Assembly, which was an evidence of his trust in democracy, and had suffered imprisonment, including a stint in the prison in the Hyderabad treason case, on account of his political beliefs. Unlike his other Baloch and Pakhtun colleagues in the parliament, he refused to sign the newly drafted Constitution of Pakistan because it fell short of his expectations of autonomy for the provinces.

At times when he was unable to force a change in Balochistan, he shifted to neighbouring Afghanistan, where different governments whether republican, communist or pro-West gave him refuge and support to pursue his objectives and even wage war in Pakistan’s Balochistan. As he grew older, he passed on the baton to one of his six sons, Balaach Marri, who led his fighters from sanctuaries in Afghanistan until his death in mysterious circumstances on November 21, 2007.

It is stated that Khair Bakhsh Marri, otherwise a man with a steely resolve who knew how to hide his emotions, became misty-eyed when he remembered Balaach Marri as he was his eldest son and heir-apparent. Both are now dead and the campaign for Balochistan’s freedom has become weaker as its new leaders are based in distant lands far away from the conflict zone, but their followers would continue to be inspired by them even if their goal of independence is idealistic and impractical at this point in history. (http://tns.thenews.com.pk/)

The writer is resident editor of The News in Peshawar. He can be reached at rahimyusufzai@yahoo.com

Republished in The Balochistan Point on July 14, 2014