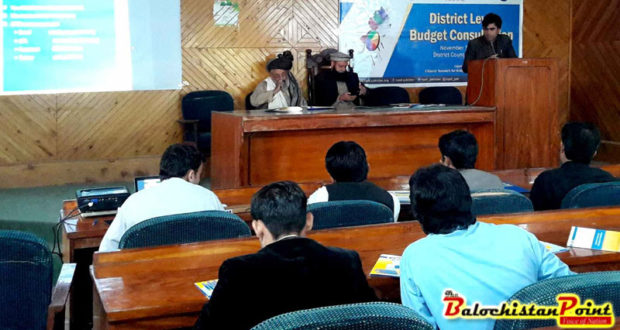 Sharing details of the report with the participants Provincial Coordinator CPDI Muhammad Asif and Executive Director AWARE Abid Sherani shed light on report and said it reveals that Budget Call Letters are delayed, budget timeline is not followed properly, not a single district out of 20 surveyed district involves the general public and stakeholders in budget making process, no district has an updated website, only four districts issue pre-budget statements and only one district has a separate budget branch.

They termed the budget an important policy document of the government and said that CPDI demands transparency and citizens’ participation in its making process that lacked at the district level in the province.

“It aims to determine the level of public participation in the budget-making process and also to help in identifying the gaps in the mentioned process.” They said.

Published in The Balochistan Point on November 23, 2018