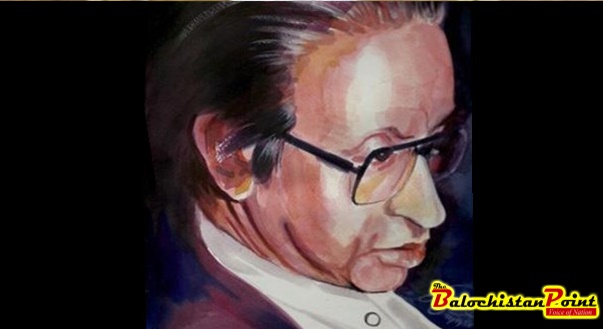 This year 13th of February marks the 21st death anniversary of the legend poet Atta Shad, a well-known poet in Balochistan and also famous across Pakistan. Atta was renowned for his poetry in Urdu and Balochi. Firstly he began his journey in poetry with Urdu poem and lyrics but later he wrote   in Balochi, for the promotion of his mother tongue.

During his lifetime, he successfully published two collections of his Urdu poetry. Atta’s Urdu poetry is a true reflection of Balochi culture and landscape in Balochistan. He created a new poetic flavor in Urdu by bringing Balochi folk lore, romantic sagas and other poems including Mahnaaz, Shah Mureed and Hani, Wafa and Lori have represented various aspects of Balochi and changes in Baloch society.

He emerged as a great poet in Urdu and Balochi and could speak Persian as well. Through contributing poems, he got  many successful achievements.

Atta shad died on February 13, 1997 and was buried in Quetta. Atta Shad was the man who raised his voice against the social oppression and Balochistan had been vulnerable to tribal oppression and dictatorship over the years.

Published in The Balochistan Point on February 12, 2018

2018-02-13
admin
Previous: How Pakistanis can get the most from Online Shopping sales
Next: Letter: Rising unemployment in Balochistan