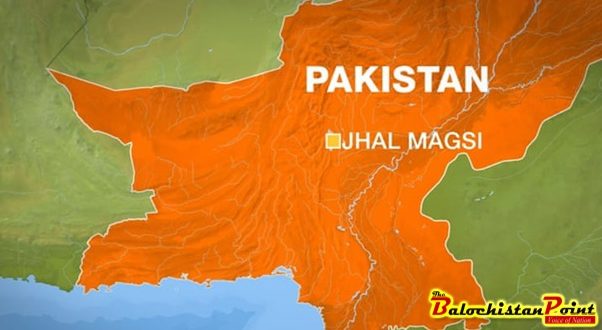 People know about Jhal Magsi through the exhilarating yearly event housed in fall season when the sunsets are glorious, weather is genial and the desert-like terrain accentuates the aura unique to Balochsitan. The land is a natural paradise for desert safari. Jhal Magsi is to Pakistan what Dubai is to the United Arab Emirates. The small rural establishment is home to a few thousands of people with hearts larger than life.

Situated in the heart of Balochistan, Jhal Magsi owns a rich historical background, invaluable heritage and closely relates to a powerful old civilization at the time of the colonial period although in ruins today. The ancient city or the second sub-division of Jhal Magsi is Gandawah. Owing to importance to archaeologists because of its key location during the Arab Rule and Bhil Dynasty of India.

Three major Baloch tribes emerged in Kachhi; the name had changed to Jhal Magsi in 1992. Lashari tribe was the earliest of the predominant Baloch tribes settled in the whereabouts before the partition of the subcontinent. Magsi is the second major tribe that branched off from Lashari. Rinds make the third dominant Baloch tribe of the district. Jhal Magsi is one of the four sister districts that make up Naseerabad division. Bolan, (Kachhi), Jaffarabad and Naseerabad districts are the other three.

When the year is at the verge of ending, sunsets turn rosy and salmon-pink, the quaint city of Jhal Magsi is admissibly roaring with excitement. Young boys gleaming about the humongous vehicles arriving in town. Spectators come from different parts of Balochistan, mostly Naseerabad zone who take out the time from their busy lives putting aside the agricultural and livestock commodities and halt making the ends meet, just to witness the adrenaline-rushing motorsport.

Jhal Magsi Jeep Rally or recently known as the Desert Rally Challenge has received considerable attention and captivated off-road drivers all over the country and international forums, to be part of the exotic experience. “In Jhal Magsi, are one of the most relentless race tracks in the world. The safest tracks observing international standards,” exclaimed Burcu Cetinkaya, the female driver from Turkey who took part in the rally in 2016. Since the past few years, internationally renowned rally drivers like Abdo Feghali from Lebanon and wife of Roni Patel, especially came to Pakistan for the fascinating rally experience.

Participants of the Jeep Rally are diverse and ever-increasing. Often jeep enthusiasts, motorsport aficionados, youngsters from the local tribes who have a good understanding of their land, respectable tribal heads with a history of winning streaks and professional off-road drivers passionate about cruising on dusty tracks take part in the pastoral lands of Naseerabad.

Nadir Magsi, the all-time unbeatable winner said, “With proper support from government, sponsors and media we can organize even better events, as Pakistan has topographical advantage which offers very diversified and challenging terrain”. Furthermore, wanderlusts, nature lovers and tourists are missing out on what can be just the perfect end to their year, reasonably cheap but entertaining.

Jhal Magsi is one of the many unseen places of Balochistan yet to be explored. The district is rich in archaeological sites and historical monuments. Khanpur, Bahltoor and Kotra (known as Pingar Mari) named after Dalorai Dumb, a former Hindu King, are famous archaeological sites. Others include Dumb Hazoor Bux, Tomb of Moti Ghoram, Tomb Altaz Khan near Panj Monah, Tomb Mian Sahib and Tomb Bhootani.

Pir Lakha is a famous place near Jhal Magsi, where visitors from far flung places come for bathing, that has spiritual cures to many diseases especially skin related. Many shrines are found in the district. Amongst them are shrines of Muhammad Ayub Shah Bukhari in Gandawah, Saeen Rakhil Shah and Saeen Chizal Shah in Fatahpur and Pir Chattal Shah near Kotra.

There are three routes that can be taken to travel to Jhal Magsi. From Quetta, via Kolpur the route passes through the majestic Bolan valley, Mach and finally Dadar, the district headquarter of Bolan. The second route is appropriate for travelers from Sindh, passing through Sibi, Jacob Abad, Sukkhur, Noutal and Shaddad Kot, ultimately ending at the destination, sub-division Jhal.

Published in The Balochistan Point on April 18, 2018

2018-04-18
admin
Previous: Gamwar Baloch: A hope in backward society
Next: Endangered Houbara Bustard Likely to Become Extinct Due to Hunting