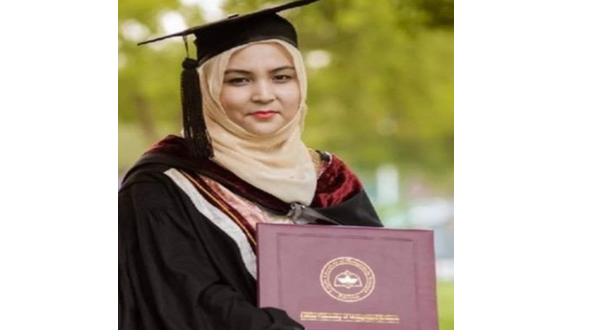 Farwa w is a proud daughter of Balochistan, who proved this maxim wrong. When Shakespeare wrote these lines, “Frailty thy name is woman”, he never thought of today’s women.

Today Farwa Batool became an icon for others. She is a torch bearer for other girls who  are making efforts to break stereotype culture.

Farwa Batool has took a strongest stance of her life. She has passed CSS exam 2019. She secured first position in Balochistan and 9th overall in Pakistan.

There is something special about her. She hails from Hazara Community. The community who remained oppressed from several decades. Thousands of their men were martyred and targetted. Hundreads were forced to migrate to countries. Being from an oppressed community, who were overthrown from the social mirror, she appeared against all odds of depression.

Farwa Batool has graduated from LUMS lahore. Her major subject is Accounting and Finance. Currently she is serving in banking sector.  She was not sure about her success but she made us proud. Her parents always supported her. She is going to join her training camp Civil Services Academy CSA in otober 2020. She has been allocated Pakistan Administrative Services PAS according to her preference. She will join Nida Kazmi, Batool Asadi and Sana Mahjabeen Umrani.

Women in Balochistan are stronger and they are respected most in the tribal customs.

Published in The Balochistan Point on July 2, 20202