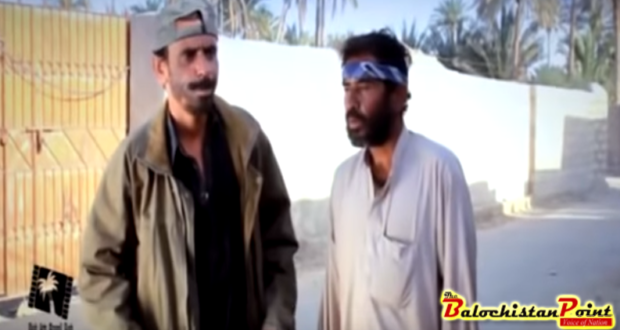 Karesth is a Balochi movie directed by Homar Kiya, a brilliant writer and a Balochi film director. This movie was released in before two months ending of 2018, and its main character is Hafeez Lal, who is named in movie ‘Ustad Meero’ and a drug addicted. In this movie, he has a brilliant talent that he can repair small things of houses, like refrigerator and other electrical materials, but because of bad impacts of drugs on him did not let him show his talent and earn money for the education of his children.

This movie   fantastically describes that in our Baloch society, drugs have snatched the happiness and joys of the lives and made us too far from our own beloved. Our talents have no values because of drugs, even I can witness that in our area Turbat, every drug user has the best talent, whether the ability to work or to sing.

This movie also coveres the problems of child labourers which is increasing day by day in Balochistan due to poverty and the fathers of the children who are drugs addicted, when the children see no way beside them to work for feeding their families, then they go and search garages where they could get jobs.

More importantly, poverty is compelling the children to work and leave attentions on education due to which 70% of the children are out of schools in Balochistan. And sometimes when the children’s parents get diseases, like paralyze and cancer, then compulsion suggest the poor children to leave towards other cities or foreign countries to work.

I really loved this movie, because it is beautifully suggesting us that how we will get many problems and difficulties in our lives or create in one’s life after using drugs. It has a lesson for viewers to avoid using drugs which destroys many people’s lives.

Published in The Balochistan Point on January 5, 2019

2019-01-05
admin
Previous:  Al Ghani Welfare Trust: A privilege for the people of Khuzdar
Next: The looming water crisis in Balochistan requires immediate attention of the government