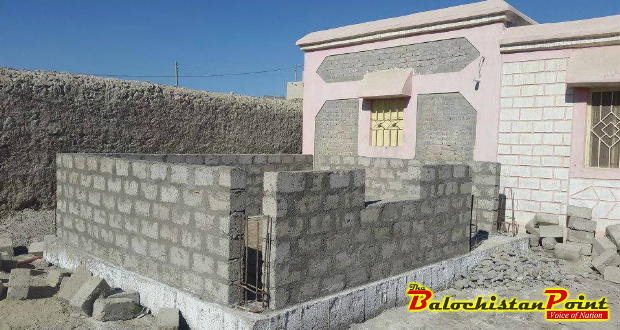 It is often observed in face of natural disasters that poor people particularly living in underdeveloped regions occupy high risk locations, such as flood plains, river banks, steep slopes etc. They also often lack the financial and material resources needed to safeguard their lives and livelihoods from disasters and the impact on social infrastructure and social networks is also unavoidable. According to World Bank estimates during the 1980-2012 period, estimated total reported losses due to disasters amounted to US$3.8 trillion.

Disasters can undermine years of economic development in blink of an eye and trap people in a perpetual poverty cycle. Furthermore, disaster vulnerability has been on the rise as rapid population growth, unplanned urbanization, environmental degradation and global climate change all contribute to the growing frequency of disasters in developing countries. Risk identification, risk reduction, preparedness, financial protection and resilient reconstruction can be a few possible strategies to minimize damage caused due to natural calamities.

After almost all natural disasters be it floods or earthquakes we see similar response and reactions from the government, disaster management authorities and media in Pakistan. The relief work starts only after the damage has been done on full scale and there is lack of preparedness on part of the government and relevant authorities. The media also only highlights issues pertaining to disaster management in wake of a crisis. We never learn from past mistakes and don’t prepare ourselves for climate change effects which are becoming more and more frequent.

Amidst all of this I learned about an extraordinary effort made by people of Awaran regarding earthquake rehabilitation. I was pleasantly surprised to learn about the Awaran Housing Project which is basically an effort to rebuild the houses through community participation that were destroyed in the Awaran Earthquake not very long ago.

Just to remind those who might have forgotten; the Awaran earthquake in 2013 resulted in death of about 900 people, 1900 got injured; and a total of 200,000 people got affected. Around 27,000 families were rendered homeless. Civil Administration and Army lead the rescue efforts whereas National Disaster Management Authority coordinated relief while NGOs provided temporary shelter in recovery phase. Under the Housing Reconstruction Project (HRA) initiated in 2014; 3,000 houses were constructed in Awaran & Kech. HRA Project offers Money Grants of Rs 220,000 per Family in three installments to build a house per seismic safety guidelines.

HRA is the first ever initiative of post-disaster mass construction in Balochistan. It aims at owner driven reconstruction of 16000 houses destroyed by the 2013 earthquake. The affected area had also been afflicted with anti-state insurgency for almost a decade. HRA Project aims to promote inclusive development due to its owner driven mechanism. There’s no contractor or commission in the construction procedure. The project mobilized 11,000 self builders in a year and completed 4,000 houses with seismic safety compliance. It is worth noting that Awaran Housing Project has been nominated for the World Habitat Awards 2015, an international award for initiatives in innovative and sustainable housing.

Such innovative and sustainable initiatives provide pragmatic solutions for reconstruction and rehabilitation in a province afflicted by so many crises. It is not only heartening to learn about such initiatives but this also provides strength to the idea of community based local development initiatives.   It is important for Pakistan to improve livelihoods by building capacities for climate change mitigation and adaptation, providing sustainable energy solutions and maintaining the integrity of ecosystems.

As winters are setting in and quake-hit citizens in KPK will be facing dual challenges of rehabilitating themselves against the harshness of cold weather. We must provide moral and material support to our brethren in need. The example of Awaran clearly illustrates that it is possible to rebuild from scratch in difficult terrains with limited resources hence we must not give up hope. Government, civil society, disaster management authority must align their efforts to identify and support the quake hit people and encourage them to participate in relief efforts. Engaging communities and being mindful of seismic safety compliances can go a long way in alleviating the situation.

Published in The Balochistan Point on November 17, 2015