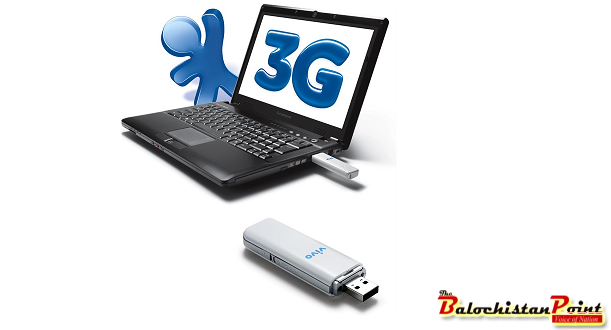 Letter: One year completed but no 3G and EVO facility in Kalat

Almost one year ago on 21st February 2017, for unknown reasons the internet facility of 3G services of different mobile companies and EVO internet service of Pakistan Telecommunication Company Limited (PTCL)   was suspended in Kalat. Since the suspension of internet services people are facing various.

People in Kalat can only avail internet service through Broadband of PTCL or DSL but it is not available even in most areas of the city. Despite numerous requests to the PTCL office in Kalat new connections of DSL are not installed. The PTCL office states that the main supplying connections of PTCL have been damaged during the fixing of gas pipes and PTCL has no budget to repair them.

No availability of internet provision has severely affected the studies of students who rely on internet facility for their research work. Mainly, it has become a huge issue for college students who are enrolled in newly introduced BS programs. Apart from students, journalists, traders, businessmen and private offices are facing hurdles in absence of internet.

Though, senator Mir Kabeer Muhammad Shai took an action and raised his voice in senate against suspension of internet facility but he received response.

The concerned authorities and government of Balochistan are requested to take immediate action against interruption of internet facility in Kalat and resume its availability in public interest.

Published in The Balochistan Point on February 20, 2014

2018-02-20
admin
Previous: Letter: End the cycle of cheating in exams of Balochistan
Next: Library campaign of BSAC has raised a huge awareness about the importance of library: Dr Nawab Baloch