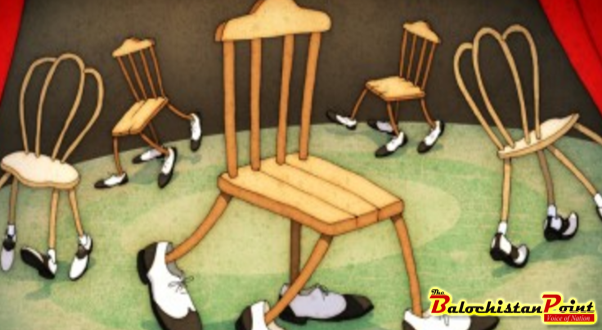 Tribalism-based governments in Balochistan have many things in common but the basic commonality is “party-shift”. Drastic change in parties’ position at helm, after every five-year, reflects the inconsistency of our rulers. So it will be fair to admit that Balochistan is the laboratory of bandied governmental power. Nonetheless, these rulers deliver a bit when they are jump-started by media and judiciary. The erstwhile government of Nawaz Aslam Rehsani was the worst example of free-for-all ministries. Almost entire assembly was enjoying the sinecures in shape of ministry or an advisory. However, this inordinate strength of cabinet was not the major indicator of ineptitude and gratification. Above all, the bloodletting genocide of Hazaras brought uncontrollable hysterics against said government. That led, ultimately, to Governor Rule.

Such were the conditions when Nationalists-led coalition government took the wheels of incumbency in its hand. People clung much-aspired hopes to a government, apparently, nationalistic. Abdul Malik Baloch, a down-to-earth politician, assumed the office of chief minister. He made laudable efforts in bringing insurgents around but outcome was hardly prolific. His government was given an exceptional coverage on media. This Baloch-led government, however, was criticized much for unutilized developmental budget ranging in neighborhood of Rs.24.50 billion earmarked in the annual budget of 2014.

Even then, Malik Baluch was able to offset these irregularities through other feel-good initiatives of eradicating Polio and improving education. Merit-based selection of teachers was procured after test conducted by NTS. Education Department appointed 5,000 teachers on merit in different districts of the province. Later on, he had to divest of his office under Murree agreement and a deep-pocketed tribal nawab, Sanaullah Zehri of PML-N, was assigned the responsibility of heading provincial cabinet. Zehri, as usual, promised to bring province on track of progress. However, his unreflective silence over the purported marginalization of the well-trodden western route made people raise eyebrows.

His government announced Balochistan Education Endowment Fund at cost of Rs8bn for more than 14,000 talented students. Balochistan Residential College Zhob, quality-education institute, was put to proper functioning. Besides this, laptop scheme-howsoever pending- was announced for deserving students. In short, ongoing government has set many firsts in province by catering students with handsome scholarships and by approving 12 mega projects under the rubric of CPEC in collaboration with Federal government.

On the flip side, Atmosphere of province is marked by many hassles. Unrest, caused by on-again and off-again terrorism, is prevalent. It was under Zehri Government when law-enforcing agencies failed in protecting professionals and top-of-the-line lawyers of Balochistan were martyred in a grisliest blast. Volleys of bullets were fired on innocent police cadets in Quetta. Furthermore, Target-killing has been norm of the day. People belonging to Hazara community are poleaxed by sect-based terror. Henceforth, Present Government seems to be toothless in curbing terror.

No government can be declared solely responsible for the predicaments faced by people in Balochistan. Solution of problems needs synergized and conductive efforts. Appreciating winsome initiatives and decrying crooked acts of government can put Balochistan on the road of progress.

Published in The Balochistan Point on July 24, 2017

2017-07-24
admin
Previous: Doctors Need Protection
Next: CM Balochistan says, Journey of Peace, Prosperity and Development is underway across the province