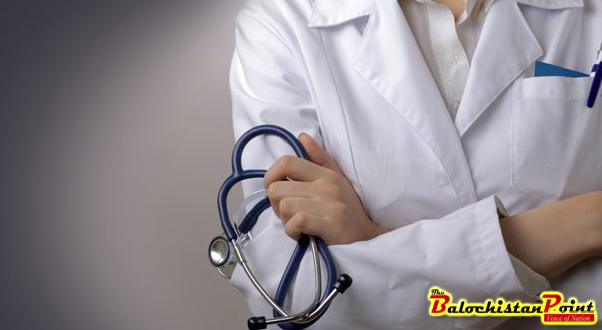 QUETTA: Government employed doctors have been banned from private practice during duty hours.

A notification issued today states that Health department government of Balochistan has imposed ban on private practice of public sector in private hospitals across the province of Balochistan in morning time from 0800 to 1400 in best public interest. 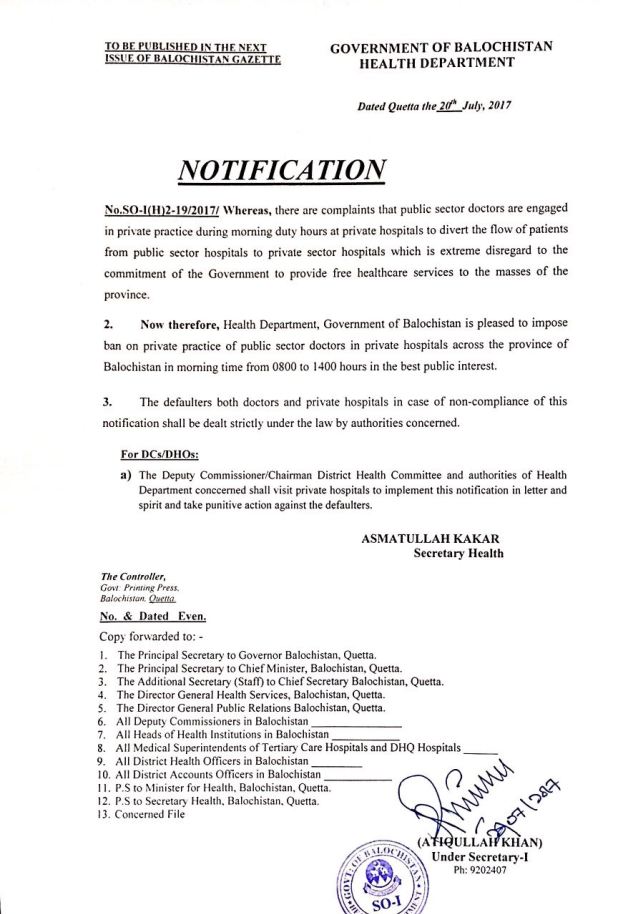 Published in The Balochistan Point on July 21, 2017

2017-07-21
admin
Previous: Parliamentarians in Balochistan Vow to Eliminate Hidden Hunger and Nutrition Challenges
Next: Free of cost justice to the common people is the mandate of Provincial Ombudsman secretariat