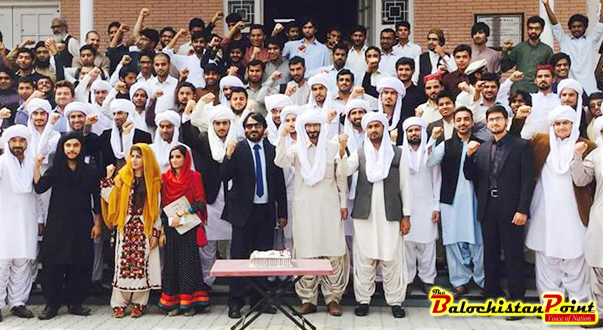 Sufferings of Baloch Students in the Sindh University

University of Sindh is one of the largest universities of Pakistan but it lacks basic facilities for Baloch students. Baloch students travel far from remote areas to acquire knowledge but they face numerous problems and some of them come to the decision of quitting their educational career.

It is grim reality that the largest university in Sindh lacks mere facilities for those students who come from other provinces. In addition, there are many dark corners which are in dire need of ordinary observation. Baloch students fall prey to such issues that they never predict before coming to this university; poor students come from war torn areas and be victimized here same of those issues as they pay large amount of fee and never get allotment in the hostels. Huge amount of fee and lack of accommodation facilities lead to the state of chaos and anarchy. They live outside of the university in rent paid houses where they don’t get facility of electricity and water provisions. In the results, they head of to quit their educational career because of such grim issues and bring the educational life to its end.

University is the place where students come to acquire various aspects of society and they decorate themselves with some productive experiences but they neither get basic facilities nor beneficial experiences as they appear here to face myriad hurdles. However, apex authority never ever pays attention to the sufferings of Baloch students they are far away from the touch of ordinary observations of high authority. There are two allocated seats for bachelor and master degrees but it is not enough for those students who come to get admission above the competition of hundred and half students on two reserved seats for Balochistan. In addition to it, beyond all sufferings of dwelling they counter other egregious issues of fee structure and inadequate merit seats.

An urgent plea should be made in the court of high authority to tackle such issues in a general context and bring the epoch of prosperity for those students who come from such disturbed areas of country. It is ultimate reality that all Baloch students having worse educational background and they try to find out institutions out of the province to achieve goals and meaning of their lives. The rigid fee structure should be brought to a flexible one and this act might make their educational life easier. Lack of rooms also paves the way for discontent in the students and leads their lives to misery.

History is full of such examples and it shows vivid images of experiences that Baloch students are more intelligent than other students of country. But it is very much regretful to come across such capricious reality that institutions fail to bring appropriate understandings for poor students and there no one can find students are treated as pupils but as subjects. It is grim reality that we tend to sweep under the carpet and hide them from masses even my ordinary observations will also vanish in despair.

2017-05-31
admin
Previous: The unimpeded   “MASHAALS”,
Next: Schools in hometown of CM Balochistan need priority based attention