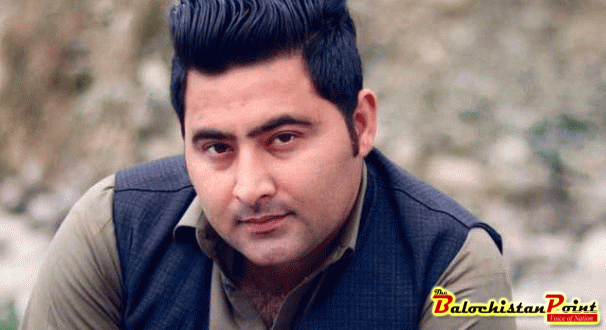 an has left so many unanswered questions and again put the country in an undesirable, ideological and institutional debate. His death has ascertained that Pakistan is not only the victim of extremism and fundamentalism but of so more and that these are not only Madaress where extremist thoughts are prevailing but the hub of modern institutions as well. For instance, 1351 students get PhD degrees each year thousands get Gold medals but the culture of fanaticism and intolerance is constantly rampant.

The existing institutional pattern is giving mass that have no capabilities to do with the moral and ethical crises. More harshly state remained unable to cop or take back the brochures that it tough to its people in recent decades in order to carry out the most ferocious economic based warfare.

Still there are many Mashals who face the similar accidents every day but such accidents go unchecked and these accidents work to disburse disparities and intolerance among the provinces. State, in fact after 70 years is unable to develop a national discourse. For instance, A Punjabi friend who is studying in Sindh told me that one of my classmate- when came to know that I am from Punjab said “I feel comfortable to breed a dog rather than to make a Punjabi friend”. Thousands of Pashtuns, Balochs and Gilgitis are studying in Punjab and other provinces; face the same accidents every day.

Space for out group students is becoming sporadic in provinces especially in Punjab where the recent case of ethnic profiling and inappropriate behavior of teaching staff and administration is working to extend the agenda of those who are looking for autonomous power. Teachers in their classrooms openly discuss “Girls, moralities, marital relations, marital advantages” of the out-group ethnicities in order to exploit the concerned students setting in the room.  Such ethnic profiling instigated odium in other areas. Like in Sawat a number of Punjabis were arbitrary arrested and asked to leave the region with in no time.

In 2012 when the Lahore police started raids randomly and accused thousands of students by keeping them behind the bars, a Gold medalist from Bunnu region quitted the university by saying :“We have no space in Pakistan, as they (Punjabi) want to see us as terrorists”. Such segregations not only happen on individual level but on Institutional level as well. Students selected on reserved seats or get enroll on open merit are highly victims of such harsh heartbreaks. The strongest enemy of the country is the sense of deprivation and the education system that is repelling the youth to be developed in nationhood.

Administrations of the universities usually call and preach to the students of the neighbors’ provinces to take care of selves as the “Enemies Intelligence” may harm but they are consciously and capriciously exploiting the out-groups students and filling them with the sentiments of odium and hate. The ambiguous education system is ill-equipped to develop consensus among the provinces. On macro level such grievances are the result of the unequal and biased distribution of resources their misallocation. Smaller provinces are being colonialized by two ways. Frist their resources are being taken by unconstitutional means, secondly their own resources are awarded as upkeep. Such actions are producing drastic out comes and expending the gripes among the provinces and the most severe drawback of such ambiguity is that it is effecting the youth at large. Such inequalities have turned the patriotic “Bughti” into an insurrectionist fighter who was the believer, wrote to Quaid and dreamed for a neutral state. Same is the wit G-M-Syed and many more that turned their heads later.

Pakistan, although is suffering from National and International isolation but what can strengthen the country, is its regional uniformity and amalgamation which is looking deteriorating. Even the hate found in the educated population of the smaller provinces is vexing. Who can understand the economic warfare and economic segregation and have experienced provinces while studying there. Working mechanism is only possible with the help of smooth education system and equal distribution of resources but both are looking hard in existing socio-economic philosophy. For instance, it is written in a wall of a class room in Dera Ghazi Khan that “those who do not offer pray must be killed”. How can state pave the way to stop such harsh accidents of Mashaals and psychological killing of the ethnicities, are questions of survival for Pakistan.

The writer is B.S Sociology and President Ibn-Kaldoon Sociology Society, University of Gujrat. He is author of book the “Critical Review of Regional Disparities in Pakistan”

2017-05-31
admin
Previous: Balochistan government is providing modern sports facilities to youth
Next: Sufferings of Baloch Students in the Sindh University