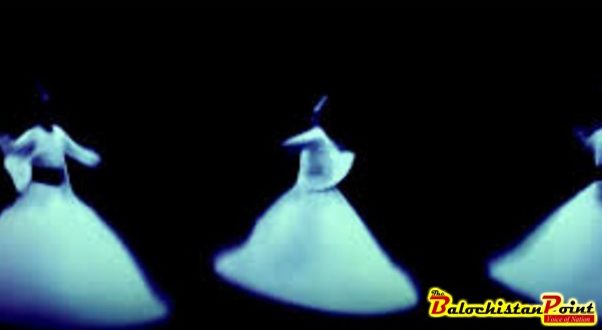 Sufis, is termed ‘Najat’ in Islam, ‘Nirvana’ in Buddhism, ‘Salvation’ in Christianity, and ‘Mukhti’ in Hinduism. The word Sufi is derived from Safa meaning pure, purified of ignorance, superstition, dogmatism, egotism, and fanaticism, as well as free from limitations of caste, creed, race  and nation. The Sufis believe in God as the Absolute, the only Being; and that all creation is the manifestation of His nature. There have  been a large number of Sufis living in the world, all belonged to a different cast, creed and race, even their faiths and beliefs were different but from these differences, one characteristic is same that is message of love and peace to all humanity.

Sufis had recognized themselves and the universe, what universe is for and what human has to do for survival. They learnt by having mystic soul and deep spiritual knowledge about the universe. Sufis were always found in meditation, as to be in manifestation of God, they hid their faith and belief, because of promoting love and peace in the universe. All the Sufis of the world in their arduous journey had inflictions and miseries but their ardent soul tolerated them with Great Spirit and after long suffering miseries they got resilience which paved their path to uplift the nation by the message of love and peace.

The human being is inherently capable of self-knowledge but knowing oneself is remarkable deed, because inner qualities as goodness, badness, strength and weaknesses shape human behavior and affect the personality. One who recognizes himself after a long tolerance of meditation, he then always seems in search of love and peace and his poetry teaches the meaning of life. Realizing the self and having control on thoughts needs patience. All Sufis identified themselves although all were from different background and even people considered them as their master or but they had the ideology to only spread the message of love by viewing the beauty of the universe.

Jalal ud Din Rumi well interpreted the realization of God as to be a Sufi mystic, he said: “Nor can the theory of God give complete joy and peace; we must actually realize God or attain that state of realization which gives eternal happiness through the admiration and worship of nature’s beauty and its source.”

The greatest principle of Sufism is, “God is love, lover and beloved. All the material existing in the universe Sufis loved them because they viewed them as the property of God and loved the nature of God and its beauty. All Sufis had the tenet of love and peace because their master or lord namely God loves his creatures. This narrative led Sufis to eternal blessings and love given by spiritual connection with God.  Sufis take the course of love and devotion to accomplish their highest aim, because it is love which has brought man from the world of unity to the world of variety, and the same force can take him back again to the world of unity from that of variety.

Sufis achieved spiritual knowledge by putting someone or something as ideal to learn from its nature, as Muslim Sufis received training from their leaders which paved their path to wisdom. The spiritual bond between them is a miraculous force of divine illumination, and is experienced by worthy initiates of the Sufi Order; just as the electric current runs through all connected lamps and lights them.

The sensational Sufi movements which took place in Persia in the later periods, have won all the credit of Sufism for the Persians and Sufism came to be regarded as a Persian philosophy. Imam al-Ghazali, Juneyd-e Baghdadi, Farid-ud-Din ‘Attar had taken the lead in advancing Sufism in the world at large. Shams-e-Tabré z, Sa’di, Khagani, Firdausi, Omar Khayyá m, Abdul Ala and other great Sufi poets, have very substantially established the reputation of Sufism by their inspired poetical works on divine wisdom.

The spiritual part of Sufism is most miraculously realized in the world. The tombs of Sufis are visited in remembrance with great reverence. People view Sufis as the messenger of peace. Some of people view them as they are God, at graves of Sufis they prostrate and pray for wishes while bowing down beside the legs of deceased Sufi.

The works of Sufis were composed in Persia but later translated into many languages. With the rapidly changing environment of the globe all Sufis work and significance remained a no more readable subject. Although all the Sufis were nonviolent figures, and humanity was their soul religion. Social justice, economic parity and religious freedom is all in the life of Sufis which teaches a lesson of humanity, peace and love. The world of today seems to have been mired into ethnic complexities, and nations have gained power to destroy one another by the force of power, superior has no compassion over poor. In this world, violence has increased and reading the life of Sufis has remained an untouchable subject. Hence Sufis were the view of love and altruism for human being, unfortunately the teaching of Sufis to spread love, seems unreadable subject.

Published in The Balochistan Point on June 12, 2017