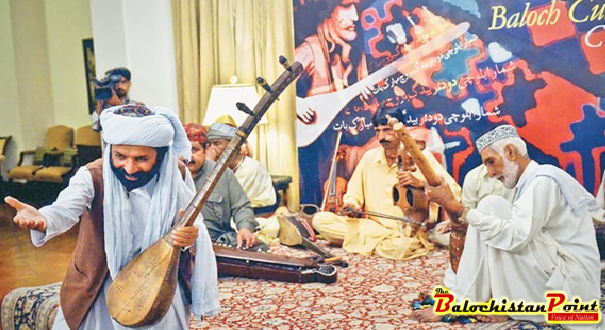 The relation between Lyari and music

Lyari is the most famous area of Karachi, the capital of the Sindh, Pakistan. It is the most densely populated town of city, and it was also called ‘’wild south’’ few years back.

Wild side of Lyari is most apparent one, which is well known to world. The Lyari gangwar is of more than 40-year-old. When Dadul and Sherok appeared in scene, since then Lyari gangwar persisted. Till 2009, the famous character of Lyari gangwar Rehman Dehket was the king of this kingdom. When he was killed in a shootout with Sindh police in 2009, other characters of gangwar like Uziar Baloch, Baba Ladla and Ghaffar Zikri tried to capture his position.

Since half and decade, media had been engaged to show only the worse picture of Lyari, and nobody told us about the melodies of Lyari.

Of course, I am taking about music of Lyari. The relation between Lyari and music is as old as Lyari itself is. I know the most famous names who are home grown stream, among whom Jarok, Faiz Mohammad Faizok, Ustad Shafi,Ustad Sattar, Ustad Imam Buksh Majno and Ustad Umar were ruling in the music world of Lyari. Women who believed that the status quos are made to be broken, also took part in singing and later earned name in the music world, and Amna Tooti  and Sharifa Soati were the popular women singer of their time.

In 2000, Ustad Sattar opened the Balochi Music Club in order to teach music to Baloch kids and youngster but this was not first club in Lyari, the club culture is running since 1980s when Ustad Umar, teacher of Ustad Nooral, opened his club for sharing music literacy in Lyari.

Clubs played a great role to common Balochi music; however, officially, widespread music was produced by Baloch Musical Culture Society (BMCS). BMCS was a gathering which initially organized a family musical program at Arts Council Karachi in 1995. Within a year in 1996, BMCS organized the second musical program at Liaquat National Library, Karachi.

Unfortunately, all these clubs and societies were ruined due to political crisis and law and order situation in Karachi. A large number of clubs suspended their activities in 2006, and, finally BMCS also suspended its activities too.

We know that music literacy is very low in Lyari, and the self-learned-musicians have no discernment about music, but still we see the Dhol (Drum) tradition very common in atmosphere of Lyari.

The love of Lyarians with music shows that music has deep roots in Lyari. The self-learned-musicians have no idea how to rhythm or maintain the tempo and dynamics, because they never had such kind of education but still their rhythm is as per line. This shows that how they are closed to music.

Despite having known music education, I have seen many kids who have wonderful skills of drumming. They use flattened objects, like Thaal, a kind of platter, when they do not have the drum. These continued practices of drumming make them better drummers but this bulk stops here due to multidimensional reasons.

Where these art of self-learned-musicians be used, and on the other hand there is no any music institution to polish their self-learned-art. So, they kill their desire of being a well-known musician and start laboring to feed their families; all are the lone earners of their families. If they continue the passion of music, then it will only be for earning their livelihood due to poverty.

I have seen many kids who play very well and sing extraordinary but they have only the option to use this talent at functions and parties for earning their livelihood.

Sun sets for a dawn. The yarn continued, and again many youngsters with new musical ideas are in ground. Few Lyari grown stream who are most popular in social media are; Kaifi khalil, Adil ,Asim and Muzaimal Muzzi and a hip-hop group members are; Hammal kalmati, Danyial, Abdul had, Abdullah, Abdul Wahab and Asadullah.

They can develop their skills but lack of music institution and platform in Lyari kills their talent and bound them into small boundaries.

Durr BiBi Ishaque is studying Philosophy in University of Karachi.

Published in The Balochistan Point on June 11, 2017

2017-06-11
admin
Previous: The Shepherd: A Picture of Balochistan
Next: Sufis’ Message