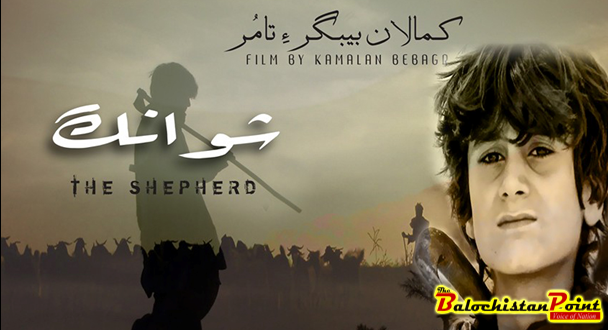 The Shepherd: A Picture of Balochistan

Every society is full of different problems as many people settle with their mutual needs, desires and creeds in an area. Researchers, writers and other field experts are providing their professional services to facilitate the people and paying heed to solve the existing problem of the society and assist the individuals towards prosperity and ease.

Different methods are applied to highlight social issues for comforting human survival, in this regard; news investigations, articles, researches and other sources of information are used to discern the causes of the issues.

In modern era, electronic media is a prominent source of highlighting the unread and unseen aspect of the society through camera. Filmmakers are exceeding their profession to make factual stories and cover and unearth the neglected factors of the planet. Innumerable films are made in different languages and many film industries are ascending day by day as commercial companies are investing big amount on films.

In this run, Balochi film makers are struggling to do their part with limited sources and supports to make Balochi Film Industry more formulized. Unfortunately, there is not a single platform for them where they may attain to drag out their professional matters.

In this depraved condition, a young Baloch film maker Kamalan Beebagr made a fact-containing movie “The Shepherd” on the nomadic Baloch, a worth watching movie which has been filmized to show the miserable condition of the region and the life style of poor Baloch who still rely on their goats and sheep in this modern era. Children are the future of any nation, in this film, the future of poor Baloch is foreseen darker and vulnerable as they are sent to look after the goats and sheep so that the family can be fed because they have no other source of income except the herd of mammalian animals.

Young writer and director; Kamalan Beebagr deserves a great applause for capturing the neglected part of our soil and its plenteous problems. In this film, children’s future has been shown insecure and mysterious in Balochistan as it is characterized that a child is far away from every basic need of human life including education, nutrition and other primary needs.

It is an unquestionable fact that Balochistan is playing a significant role in the country economy with natural resources and a deep sea port yet all ingredients are useless for the fate of Baloch people and it is an alarming situation for the region where the people are deprived of all basic necessities and are still living in strive and hunger’s chain, quality education is a far cry  from their children, health facilities are equal to none; many people die of malaria and other prevalent and very curable diseases.

Taming goats and sheep is the livelihood of the Baloch people and some ways entire family relies on the livestock. Mostly, shepherds live in the mountains and nearby rivers to watch over their animals but they are supposed to be given equal opportunities and rights so that they may get rid of misery and affliction in their lives.

Hammal Mir is   M.phil researcher in Social Work   in University of Karachi.

Published in The Balochistan Point on June 10, 2017

2017-06-10
admin
Previous: Turbat: From Fortunate to Unfortunate Reign
Next: The relation between Lyari and music