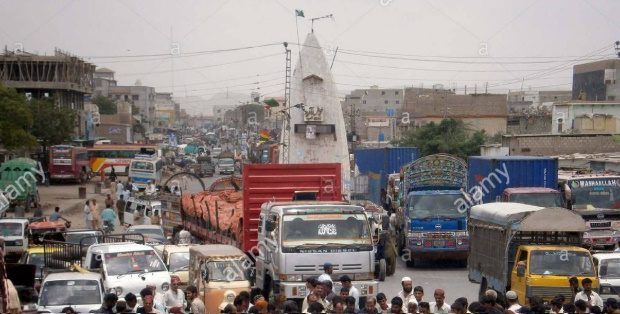 Hub city is the largest industrial city of Balochistan, it means the industrial hub of largest province in aspect of area. Despite a large number of industries which are producing billions of rupees in a month the situation of the city is ill. In daily basis thousands of vehicles pass through the city to enter in the largest city of the province Sindh, Karachi. As it is assumed like that it is near Karachi so people will get different opportunities of business but unfortunately the situation is not like that. what it seems like, People who are not living in the city think like that the revenue which local industries produce are invested on the welfare of city but the situation is opposite to this regardless of having number of industries and included some multi national industries the situation is terrible.

When someone visits the city by being a local of hub he/she will get the awful part because the roads are worst even the place where industries are located.   Hundreds of vehicle passing through it daily which include heavy vehicles which make lots of dust and traffic jam in the city.

Unemployment is also an alarming matter in Hub city. Number of graduate students are unemployed in the district because the bad criteria of quota system as government has not defined the quota system for the locals in the industries of hub, when the local people visit them you will see small number of local people employed in the industries which are only low level employees.

There are also two electricity producing companies which can afford the whole province electricity as they are generating enough electricity but they are not even providing electricity to the area in which they are located.

I don’t know the taxes which are acquired from the industries where that funds go, mostly people of the city are uneducated so they can’t question the authorities as they follow directions like sheep because of unawareness.

There is great need to take measures to defeat the backwardness of the city.  Such as, first proper roads should be built all over the city or the roads which are in a bad condition should be maintained. Secondly, a proper quota for the unemployed people of the district should be allocated in industries. Third the taxes which you get from industries should be invested on the welfare of local people. Fourth the sub campus of UET Khuzdar should be made on emergency basis.

Published in The Balochistan Point on June 4, 2020

2020-06-04
admin
Previous:  Stakeholders demand to be taken into confidence in connection with renovation of Dalbandin bazar
Next: The Reservations of Balochistan’s Students Over Online Classes.