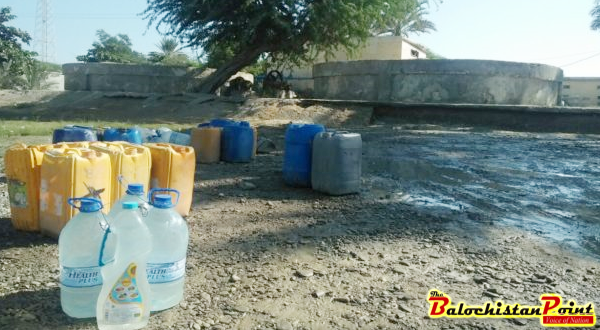 Unending water crisis in the hub of CPEC

Gwadar despite being the gateway of Asia, Centre of business and tipping point for $46 billions, does not provide basic facilities such as water. The local residents are paying a costly price for the development. People would definitely prefer the previous underdeveloped Gwadar rather to face with such a hazardous and fatal condition.

One cannot understand the logic behind the water crisis in a so-called smart city. When one tanker costs nearly Rs. 10, 000-17, 000, the government has to pay millions of rupees every month but does not come up with a sustainable solution and as a result people keep suffering.

For the last 5 years, a number of national and international delegations of authorities with VIP protocol have arrived Gwadar for development projects and surveys and despite all this, this major issue is neglected.

In 2010 the first desalination plant in Karwat was inaugurated with an expense of billions of ruppes but it could hardly provide a gallon of water to the citizens. However, despite working on the same plant to make to functional, 2-3 more such desalination plants were established but none has benefited the people.

On the other hand, none of the authorities has been held accountable for the invested of billions for nothing. In such situations, people are compel to drink unhygienic water.  This has increased the number of water-borne diseases in the area. The situation is the result of cruelty, injustice, mindlessness or Corruption.

The deep and natural sea port of Gwadar has become a curse for the local people. It may profit China or Pakistan but has turned out to be a disadvantage for its own people. It seems like the authorities have joined hands to punish the people for the sin to be living in Gwadar by denying them access to water.

2018-05-20
Editor
Previous: Return of censorship blocks Haal Hawal
Next: DUKKI: How a young man turned blind for wanting to marry the girl of his choice