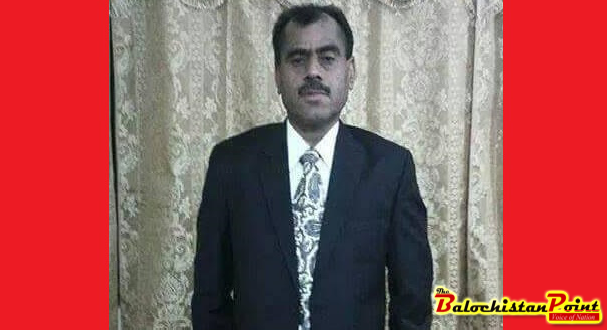 Additional advocate general Balochistan Mohammad Saleem advocate died in road accident in Kalat while he was going to Quetta with his family members. His car met an accident he and his mother succumbed to injuries and his other family members injured.

Mohammad Saleem Baloch was born in town of Sami Turbat; he received his early education in his native area. He remained active member in politics during his studies. He did LLB. He joined teaching as a profession but later on he started legal practice.

Saleem Baloch was active in politics and became vice Nazim in his UC. In 2013 National Party led government appointed him as Additional Advocate General.

He rendered his legal, social and political services for the people of Balochistan. His demise is irreparable loss for  Balochistan.

Published in The Balochistan Point on May 29, 2017

2017-05-30
admin
Previous: Discrimination against Balochistan – A big flaw of Islamabad
Next: Protest against unscheduled load shedding in Khuzdar