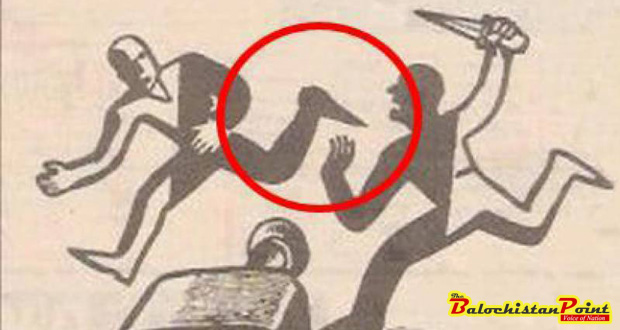 Why Do The National Media Ignore Balochistan?

Balochistan, the most deprived province of Pakistan is ignored by federal government, different federally controlled organizations and also the mainstream national media of Pakistan. News channels, national newspapers in Urdu and English ignore it like it’s not a part of Pakistan. In the current age, being ignored in mainstream media is aggravating the plight of the province.

There are dozens of news channels operating in Pakistan and the number is growing with the passage of time. These news channels are hyperactive in terms of treating frivolous issues which are relentlessly being presented as breaking news. However, major potential news coming out from Balochistan is not on the radar of Pakistani news channels. Balochistan is only given coverage whenever a mishap takes place in the form of a bomb blast or target killing. Other than broadcasting small news packages, which can be termed as fillers, Balochistan is completely blacked out in national news media. Not long ago, Baloch Students Organization shut down all the Pakistani new channels in Balochistan in order to record their protest against Balochistan being ignored in news media.

In Punjab, Sindh and Khyber Pakhtunkhwa (KP), news channels have their offices, staff and DSNG vans in almost all the major cities. This enables them to cover all urban centers in those three provinces. In the case of Balochistan, new channels along with their staff and DSNG vans are only stationed in Quetta and have no presence in the rest of the 31 districts of the province. Moving to the major English language newspapers, their policies towards Balochistan are not different. Some newspapers have only one correspondent in the province while don’t have a single correspondent for the largest province of Pakistan. These facts speak for themselves.

Advertisements are the primary source of revenue for TV channels in Pakistan. TV ratings determine the rates at which different channels would get advertisements. So, entire electronic media is in a race for earning higher ratings. Ratings are measured by 1,100 rating meters which are installed in nine major cities of Pakistan. The trio of Karachi, Lahore and Islamabad has over 800 rating meters installed in them. Unfortunately, there is not a single rating meter installed in Balochistan. Technically, it means that which channels people of Balochistan watch has no bearing on ratings. As a result, TV channels have no business interest in covering any issue about Balochistan due to the flawed mechanism of TV ratings in Pakistan.

The media has a huge role to play in the modern day societies and therefore being ignored has several consequences for people of Balochistan. The media often highlights social injustices that are meted out to people in Punjab or Sindh. When news channels highlight such issues, government authorities are compelled to take action and provide life to the victims. Due to similar coverage, Punjab Chief Minister Shehbaz Sharif has visited homes of dozens of families who were victims of social injustice and ordered immediate relief for them. The people of Balochistan are deprived of this benefit as the social injustices taking place on daily basis never make it to the TV channels.

Balochistan is facing a lot of issues due to the apathy of federal government, ranging from long hours of electricity load shedding to fewer PIA flights, amongst others. These issues continue to be unresolved because there is no media pressure to force the federal government to stop discriminating Balochistan.

Media activism has been one of the biggest problems for different provincial and federal governments in Pakistan. Rental Power Projects were shelved when mega corruption in those projects was reported by media. Similarly, governments in Punjab, Sindh and KP are forced to improve their governance in order to avoid media criticism. Fortunately, the incompetent government of Dr Malik Baloch or his predecessor, the infamous Nawab Aslam Raisani, never faced such problems.

From 2002 onwards Balochistan has been a fertile land for government corruption. Successive governments have taken their share of the pie. It’s astonishing to reveal that not a single story of corruption from Balochistan has ever been revealed by the national media. All the investigative journalists of Pakistan pretend that Balochistan doesn’t exist while choosing news stories to work on. Hence, politicians and bureaucrats in Balochistan are filling their pockets with government funds without any fear of media reporting. People of Balochistan are paying the price because the funds allocated for them end up in the pockets of crooked government officials.

A media group owner, who visited Balochistan recently, said that whatever coverage we are providing to Balochistan is already a big favor and don’t expect anything more form us. Those self-serving and corrupt media bosses, who don’t pay their staff on time, need to behave and treat all the parts of the country on equal basis.

In fact, it should be obligatory on all mainstream news channels and newspapers to give sufficient coverage to all provinces of Pakistan. A clause can be added in the license agreement of news channels to prevent them from ignoring a province of Pakistan just for the sake of petty monetary gains.

Published in The Balochistan Point on May 31, 2015