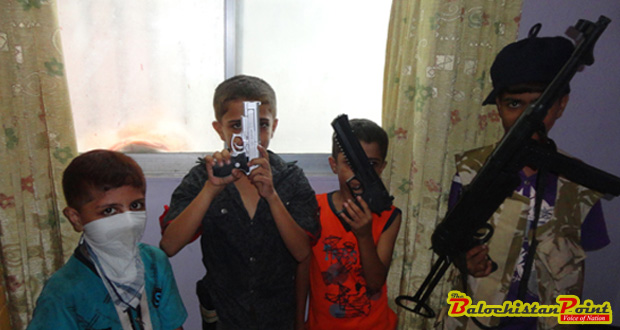 Lyari: Who will be the godfather? – Final Part

Mullah Sultan was a man of strong nerves. He went to participate in Afghan jihad from Gul Muhammad Lane in Lyari. He joined those groups of Taliban who were in the forefront in the fight against the Northern Alliance. He earned his name among his group as a fierce soldier. This was the time when the word Taliban was not a common occurrence in our writings, although 9/11 was about to happen. When the remaining Taliban who were still alive returned to their homes, Mullah Sultan was also one of them.

Afghanistan, the place of jihad, was in US hands now. There was nothing left for Mullah to do so he started his activities from Gul Muhammad Lane, along with his brother. He kept playing hide and seek with Rehman and the police for a long time. Until he was killed in his sleep by SHO Chakiwara Nasir-Ul-Husain upon a tip from Mullah’s friend. “Nasir-Ul-Husain was a brave officer but not a normal man”, told one of his duty officers. “He had cut himself from normal life. He spent many nights sleeping in the police station and did not go home. He spent all his time chasing criminals, investigating them and fighting them. He was even killed inside the police station when he was appointed to the Lines Area station. Crime reporters from private TV channels used to come to him for news or sometimes just to eat together. Reporters were some of his good friends. Whichever police station he was appointed too, he would issue orders to take special care of reporters”.

Killings had become a norm in Lyari for many years. Each other’s throats were cut. A few years of bloodshed took its toll over God Father Haji Lalu. Rehman killed all his supporters in his own area and aligned the Magsi family with him, which did not see eye to eye with Haji Laal Muhammad’s family. The members of Sheer Shah family were also angry with them. The police arrest of Arshad Papu’s further broke their spirits. Now Rehman had become God Father while General Musharraf’s rule came to an end, who had made a deal with Pakistan People’s Party (PPP) to conduct elections in February 2008.

2007 was the decisive year. A big change had occurred under which even that mindset had changed, which used to agree with the democratic political philosophy before. Who had fought the democratic battle for many years and had endured the beating by lashes. That mindset was not there anymore, because its belief of democratic and political ideologies had weakened. The surrounding had changed, political workers were inactive and the institutions had only nominal value. It seemed that PPP would have to cover the distance of 40 years. The first 20 years of PPP were very important. This party had remained an important part of social life as an institution. In the 3rd decade, the party was forced to crimp because of the fear of Haji Iqbal aka Babu Dakait. After a few years of bloody fight among armed groups had limited the party which used to believe in federation. Its decisive role in Lyari had ended.

“Lyari had been a victim of big changes in a few years”, said Baloch social worker and school Teacher Gul Rang Baloch while talking to dawn.com. “3 to 4 years proved very testing for female students. In my observations, at least 10% of the female students, who hadn’t even finished Matric yet, had been married. This did not often happen before. The incidents of marriages of females, during their studies, were almost none existent. If some student did get married then it used to be very surprising for teachers, especially students”.

According to Pir Ali Muhammad Rashidi, Khan Bahadurullah Baksh Baloch was “loved by the British, and support of his desi friends” during his time. His grandson, Nabeel Gabol, has the same nature. Local leaders often keep coming to his home. Nabeel Gobal was thought to be very powerful in PPP when Benazir Bhutto was alive. Although, PPP did not retain its leadership role in Lyari, he understood the tempo of the state of affairs. In order to get to the parliament, he needed something more than just the party ticket. He was well aware of this relationship between crime and politics. Some respected people and conciliators had come in between.

After the truce, Rehman Baloch fully supported Nabeel Gabol for the National Assembly seat of Lyari. He was elected an MNA with huge majority.  An important person participating in arranging this truce later commented, “Politics gives great trouble to a man”. There is a famous saying of Baloch Nationalist politics that “negotiations are a give and take bargain between two equal powers”. This was the time when the fate of Lyari was decided. Peoples Party had made the official decision to vanish itself from the site.

Note: This article is last part of five part series and it was originally published in Dawn Urdu Website.

Published in The Balochistan Point on May 8, 2015